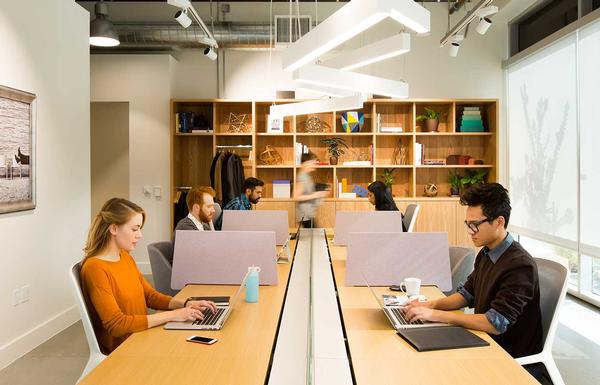 IWG growth in Canada booms with over 375,000 square feet of new shared office and coworking space planned for 2019

Vancouver, BC, February 1, 2019--(T-Net)--Amsterdam-born creative workspace pioneer Spaces (and WeWork competitor) announced this week that it will open a minimum of nine new locations in 2019 in Canada this year, including five new locations in BC (in Vancouver (3), Victoria (1) and Kelowna (1)).

The company says it will also be bringing their largest North American locations to Vancouver and Toronto by 2022.

The new Canadian locations planned for this year include:

This year will be another record-breaking year in Canada for IWG plc, a global operator of leading workspaces, according to the company. Its companies, Spaces and Regus, have plans for exponential growth in the coming months with new deals, openings and expansions — across eight Canadian cities — coast-to-coast.

This expansion will bring IWG's total Canadian footprint up to approximately three million square feet in over 35 cities.

"Canada is quickly establishing itself as a leader in the global shift towards flexible and collaborative workspaces," says Wayne Berger, CEO, IWG Canada and Latin America . "Our Canadian expansion is about offering choice through an unparalleled network of office, co-working and meeting spaces. It's also about bringing together creative communities and growing in the most stunning and unique buildings in the country. We are transforming neighbourhoods and believe our new workspaces will be pillars of innovation and inspiration in cities for years to come."

IWG - through its diverse Spaces and Regus brands — says it will continue to expand its footprint in Canada in 2019 and beyond.

The company also announced a number of new Canadian openings for its Regus brand (in late 2018 and planned for 2019).

Regus has built a large network of office, co-working and meeting spaces around the world and continues its growth in key markets in Canada—which opened three centres in fall 2018 and will be opening three new centres in 2019.

IWG is the global operator of leading workspace providers. Our companies help more than 2.5 million people and their businesses to work more productively. We do so by providing a choice of professional, inspiring and collaborative workspaces, communities and services.

Digitalization and new technologies are transforming the world of work. People want the personal productivity benefits of living and working how and where they want. Businesses want the financial and strategic benefits. Our customers are start-ups, small and medium-sized enterprises, and large multinationals. With unique business goals, people and aspirations. They want workspaces and communities to match their needs. They want choice.

Through our companies we provide that choice, and serve the whole world of work: Regus, Spaces, No18, Basepoint, Open Office and Signature. We create personal, financial and strategic value for businesses of every size. From some of the most exciting companies and well-known organisations on the planet, to individuals and the next generation of industry leaders. All of them harness the power of flexible working to increase their productivity, efficiency, agility and market proximity.

We're reaching a tipping point. The workspace revolution is coming.