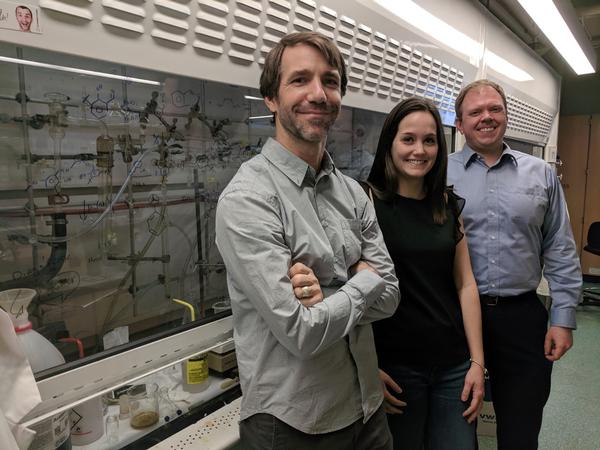 Burnaby, BC, February 11, 2019--(T-Net)--An international team of chemists, led by SFU graduate student Jessica Miller, has made progress in restoring functionality to a critical protein whose breakdown is responsible for more than 50 per cent of cancers.

Of the 10,000 or so proteins in the human body, p53 is called "the guardian of the human genome" due to its critical function as a tumor suppressor. Mutations, however, can render p53 inactive and unable to repair damaged cells. As a result, the damaged cells continue to divide, which ultimately leads to tumours.

Storr says there are a large number of possible mutations in p53, but his team focused on the p53 "Y220C" mutation that is found in approximately 75,000 new cancer cases each year. The team specifically examined stomach cancers with varying p53 status, both mutated and wild (normal) type.

"The Y220C mutation creates a cavity on the surface of the protein, which causes it to unfold and lose function," says Miller. "We sought to design small molecules that would sit in the exposed mutant pocket and stabilize the protein to restore its function."

The p53 protein contains a zinc ion that is important for protein stability. The Y220C mutation, however, causes a loss of zinc at the binding site.

By using a chelating (or bonding) agent, the team was able to increase zinc levels in the cell and re-populate the metal-depleted site. This restored function in the p53 protein and led to toxic effects in stomach cancer cells that were three times more effective at killing them than a leading chemotherapeutic, Cisplatin.

Storr says the team's next challenge will be to ensure the lead compound is non-toxic to normal cells and organoids, and then test it in a suitable in vivo (animal) model.

"It is, of course, far down the road to envision patient treatment," says Storr. "But it is likely that such drugs would be used in combination with front-line cancer chemotherapies like Cisplatin. Reactivation of p53 would increase the activity of approved, DNA-cross-linking drugs."

Miller travelled to the Université de Strasbourg with assistance from a Mitacs Exchange program to investigate how the p53 mutant results in increased aggregation, which is correlated with loss of function. The team hopes to design and evaluate small molecules to break up such aggregations.

Miller is excited about the future possibilities of shifting therapeutics to personalized medicine.

She says, "Treating mutations specific to the patient's tumour will greatly enhance the drug's effectiveness and therefore survival outcome."