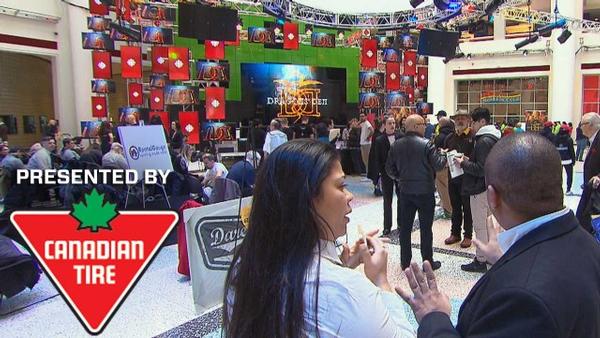 Vancouver, BC, February 13, 2019--(T-Net)--Dragons' Den announced that it is now calling on all aspiring entrepreneurs to present their business pitches for a chance to be featured next season on CBC.

Beginning in Toronto on March 2, the audition tour will be open to the public, as producers hit the road visiting Canadian cities coast-to- coast in search of the country's best business ideas in need of a Dragon investment.

The audition tour welcomes participants of all ages with businesses at any stage of development. Hopeful entrepreneurs should prepare to pitch their concept to the Dragons' Den producers in five minutes or less.

If they show the producers they have what it takes to pitch in the Den, they could be invited to Toronto to face the Dragons.

While attendance at the audition tour is not mandatory, in order to better your chances for being selected to appear on the show, they encourage you to come out and audition.

Producers will be on the lookout for entrepreneurs in the following cities. Check back here for venue details closer to the dates as they may change.

Can't make it to our in-person auditions? You can apply online, too!

New in this upcoming season, we're partnering with Desjardins to look for social entrepreneurs who are working hard to support Canadian youth! Young Canadians are an important part of our future and Desjardins is committed to supporting youth and their goals for a more prosperous future.

If you're a social entrepreneur who has an idea that will positively impact young Canadians (up to 30 years old), we want to hear from you! Specifically, your social venture will need to address one of these four key areas:

Socially responsible business plays an important role for our future and we want to hear how your social venture will "spark good" for young Canadians and our community.