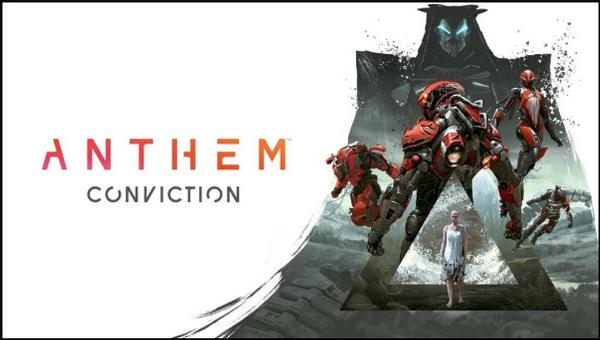 Based on the Highly Anticipated Game, Anthem, This Live Action Short Will Debut Tomorrow on February 14

Burnaby, BC, February 13, 2019--(T-Net)--Electronic Arts Inc. (NASDAQ: EA) and Neill Blomkamp, the Academy Award-nominated director of District 9, Elysium, and Chappie, have announced that they have collaborated on Conviction, an original live-action short-film based on BioWare's Anthem™.

In Conviction, Blomkamp brings the vast world of Anthem to life with his own story set decades before the beginning of the game. This live-action short invites viewers to experience Blomkamp's unique style of creating photorealistic visual effects and bringing them seamlessly into the real world, this time with EA's highly-anticipated new game.

"Conviction sets the stage with a narrative that touches on Anthem's beautiful and immersive world, which is ripe for exploration by these powerful Javelins. A world where danger is lurking on every ledge and in each valley."

A teaser of Blomkamp's Conviction is now live, with the full short going live February 14 on the Oats Studios YouTube channel.

In the short, people will see the player city of Fort Tarsis in the game come to life, and the freelancers that live within it. These freelancers who use Javelin exosuits, have been re-created by Neill's team to show them in live action as they fight off the main villain and head of the evil Dominion faction, the Monitor.

"I was really blown away by this incredible world BioWare created the very first time I saw Anthem," said Neill Blomkamp. "Conviction sets the stage with a narrative that touches on Anthem's beautiful and immersive world, which is ripe for exploration by these powerful Javelins. A world where danger is lurking on every ledge and in each valley."

In Anthem, players can play with up to three friends to explore and battle in a dangerous, mysterious world with great characters and a unique BioWare story.

As freelancers, players don Javelin exosuits, making them powerful heroes with strong weapons and incredible special abilities to help them survive in an ever-changing, unfinished world. Players will be able to customize and personalize their Javelins with unique paint jobs and gear so they'll have the right tools to confront almost any situation, and look good doing it.

As players work together to find vast ruins, defeat deadly enemies and claim otherworldly artifacts, they'll be unlocking their own individual story fighting against The Dominion, a ferocious militaristic society.

Players can unleash their power in Anthem worldwide on February 22 for Origin for PC, Xbox One and PlayStation 4. Origin Access Premier members can be the first to play the full game with unlimited access on PC starting February 15, and EA Access and Origin Access Basic members can enjoy up to 10 hours of play time as part of the Play First Trial.*

Fans who wish to learn more about Anthem can visit the official website, as well as get the latest news and updates on Twitter and Facebook.

Electronic Arts (NASDAQ: EA) is a global leader in digital interactive entertainment. The Company develops and delivers games, content and online services for Internet-connected consoles, mobile devices and personal computers. EA has more than 300 million registered players around the world.

In fiscal year 2018, EA posted GAAP net revenue of $5.15 billion. Headquartered in Redwood City, California, EA is recognized for a portfolio of critically acclaimed, high-quality brands such as The Sims™, Madden NFL, EA SPORTS™ FIFA, Battlefield™, Need for Speed™, Dragon Age™ and Plants vs. Zombies™. More information about EA is available at www.ea.com/news.

EA SPORTS, Battlefield, The Sims, Need for Speed, Dragon Age, and Plants vs. Zombies are trademarks of Electronic Arts Inc. John Madden, NFL, NBA, UFC, NHL, and FIFA are the property of their respective owners and used with permission.