Vancouver, BC, February 27, 2019--(T-Net)--MetroQuest, a leader in online public engagement solutions for governments and planning firms, announced its biggest public involvement deal this decade with the North Carolina Department of Transportation (NCDOT).

"All MPOs and RPOs in North Carolina will now have a new tool for their own online public involvement," continued Howard. "Using common technology across all agencies will help create a better, more efficient public involvement process throughout the state."

Among America's largest transportation agencies, they have used MetroQuest to engage public participation in the planning of all types of projects, including bike and pedestrian, transit, corridor, and bridge plans as part of their statewide long-range transportation programs. 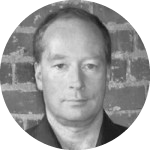 "I'd like to personally welcome all 36 planning organizations in North Carolina to our growing community," said Mike Walsh, President and CEO at MetroQuest. "With 10,500 employees, NCDOT is the largest agency in history to extend its MetroQuest subscription to all regional agencies. We're seeing a growing trend with DOTs building on their own public involvement success to empower regional agencies. In 2018, Maine DOT extended its MetroQuest subscription to all MPOs in the state. We expect many other DOTs will take notice in 2019."

MetroQuest is used by governments and firms of all sizes to involve thousands of people in planning. Today's preferred cloud-based public survey, MetroQuest delivers a highly visual and interactive online experience to educate citizens about scenarios and tradeoffs, while collecting informed and quantifiable input. The resulting insights build support for great transportation and urban plans that move more people and make better places for us to work, live, and play.