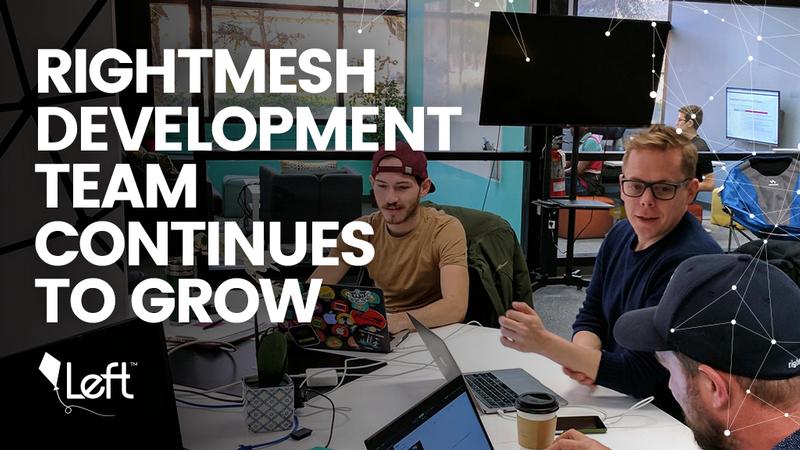 Maple Ridge, BC, February 28, 2019--(T-Net)--The RightMesh tech team is continuing to expand to match growing development needs for its pilot project in Canada's North and in preparation for their Soft Mainnet Launch.

Their new QA Lead, David Sheen, joins RightMesh with over 18 years experience in software and systems testing. He has worked with both large organizations, such as Ericsson and Telus, and scale-up organizations, such as Function Point, to implement best in class processes and procedures. Having led multiple successful teams, the company stated it is looking forward to what he will bring to the table.

Peter Dang joins RightMesh as their newest Software Engineer. With experience as both an Android Mobile Developer and Web Developer, he is a double threat and a great asset to the organization. Peter's previous roles have included working in fintech and integrating payment systems.

The company's new Mitacs Intern, Xuan Luo, joins RightMesh through their research project in partnership with Mitacs and the University of Guelph. Xuan is currently pursuing her Master's Degree with a specialization in blockchain technologies, payment channels, and machine learning, from the University of British Columbia.

Throughout her internship, Xuan will be working closely with Dr. David Wang, Chief Micropayments Scientist at RightMesh, to work on payment channels.

Prior to pursuing her Master's Degree, Xuan worked as a software developer for 6 years at notable companies including SAP.

Penjani is a Computer Engineering student in his third year at the University of British Columbia and is joining the RightMesh team as a Software Engineer Co-op. Prior to working at RightMesh, Penjani did an internship with Microsoft as a Software Engineer and worked as an Emerging Media (VR) Developer at the UBC Emerging Media Lab. In his spare time, Penjani also works as an Autonomous Navigation and Communication Developer with UBC Voyage.

Matthew is a Software Engineering Student at the University of Guelph and joins our team as a Software Engineer Co-op. Matthew first learned about RightMesh through the research work we're doing in partnership with his school and Mitacs to improve connectivity in northern Canada.

Prior to working at RightMesh, Matthew did two internships with BlackBerry on enterprise solutions and automation testing.

Learn what makes us one of Canada's Top 100 Employers

We are Left, and we do things right. Officially one of Canada's Top 100 Employers, we are on a mission to use technology to solve some of the world's biggest problems. The biggest problem we have identified is connectivity. We believe that if the world could rethink connectivity, we could improve health outcomes, impact education, and lift hundreds of millions out of poverty.

To solve this problem, we are developing RightMesh, a mobile mesh networking platform and protocol that uses technologies inherent in mobile devices around the world (Wi-Fi-, Wi-Fi Direct, and Bluetooth) to provide last mile connectivity where existing infrastructure cannot service or meet demand. Individuals are incentivized to share data through financial compensation afforded by blockchain and cryptocurrency technologies (RMESH).

We are also experts in A.I., big data, machine learning and predictive analysis for the travel industry. Focusing on the 'Right' traffic, our subsidiary, Left Travel, drives $450 million in gross travel bookings annually.

Left is listed number 16 on Deloitte's Fast 50 list for Canada and number 101 in North America on the Fast 500 list.