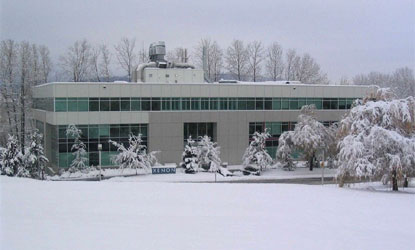 Dr. Simon Pimstone, Xenon's Chief Executive Officer, said, "2018 was a pivotal year for Xenon as we built out our neurology pipeline and advanced multiple CNS product candidates using a variety of development strategies, including a 'precision medicine' approach to address rare pediatric disorders. This foundational work has resulted in four distinct therapeutic candidates - XEN496, XEN1101, XEN901 and XEN007 - that are expected to be in Phase 2 or later stage development this year."

Based on current assumptions, which include fully supporting the planned clinical development of XEN496, XEN1101, XEN901 and XEN007, Xenon anticipates having sufficient cash to fund operations into 2021, excluding any revenue generated from existing partnerships or potential new partnering arrangements.

Research and development expenses for the year ended December 31, 2018 were $23.6 million, compared to $25.6 million for the same period in 2017. The decrease of $2.0 million was primarily attributable to decreased spending on pre-clinical, discovery and other internal program expenses, and XEN801, a product candidate which is no longer being developed. These decreases were partially offset by increased spending on the XEN1101, XEN496, and XEN901 product candidates as well as increased spending on pre-clinical and discovery expenses supporting the Nav1.6 program.

General and administrative expenses for the year ended December 31, 2018 were $8.4 million, compared to $7.3 million for the same period in 2017. The increase of $1.1 million was primarily attributable to increased stock-based compensation expense, salaries and benefits, legal expenses and recruitment fees.

Other income for the year ended December 31, 2018 was $3.5 million, compared to $1.9 million for the same period in 2017. The increase of $1.6 million was primarily driven by a one-time gain of $4.4 million on the termination of the collaboration agreement with Teva Pharmaceuticals International GmbH, along with Teva Canada Limited (together, Teva), resulting from the cancellation of 1,000,000 common shares of Xenon that were owned by Teva, partially offset by interest expense incurred on a term loan and a change in foreign exchange gains and losses arising largely from the translation of cash and cash equivalents and marketable securities denominated in Canadian dollars to U.S. dollars.

Net loss for the year ended December 31, 2018 was $34.5 million, compared to $30.7 million for the same period in 2017. The change was primarily attributable to the one-time payment to Bausch Health with respect to the XEN1101 program and higher general and administrative expenses, partially offset by an increase in other income and lower research and development expenses.

We are a clinical stage biopharmaceutical company committed to developing innovative therapeutics to improve the lives of patients with neurological disorders, including rare central nervous system (CNS) conditions. We are advancing a novel product pipeline of neurology therapies to address areas of high unmet medical need, with a focus on epilepsy. For more information, please visit www.xenon-pharma.com.

This press release contains forward-looking statements within the meaning of Section 27A of the Securities Act of 1933 and Section 21E of the Securities Exchange Act of 1934 and the Private Securities Litigation Reform Act of 1995 and Canadian securities laws. These forward-looking statements and supporting assumptions are not based on historical fact, and include statements regarding the timing of and results from clinical trials and pre-clinical development activities, including those related to XEN496, XEN901, XEN1101, XEN007 and our other product candidates; the potential efficacy, safety profile, future development plans, addressable market, regulatory success and commercial potential of XEN496, XEN901, XEN1101, XEN007 and our other product candidates; the anticipated timing of IND, or IND equivalent, submissions and the initiation of future clinical trials for XEN496, XEN901, XEN1101, XEN007 and our other product candidates; the efficacy of our clinical trial designs; our ability to successfully develop and achieve milestones in the XEN496, XEN901, XEN1101, XEN007 and other development programs; the timing and results of our interactions with regulators; the potential to advance certain of our product candidates directly into Phase 2 or later stage clinical trials; anticipated enrollment in our clinical trials; the progress and potential of our other ongoing development programs; the sufficiency of our cash to fund operations into 2021; and the timing of potential publication or presentation of future clinical data.

These forward-looking statements are based on current assumptions that involve risks, uncertainties and other factors that may cause the actual results, events or developments to be materially different from those expressed or implied by such forward-looking statements. These risks and uncertainties, many of which are beyond our control, include, but are not limited to: clinical trials may not demonstrate safety and efficacy of any of our or our collaborators' product candidates; our assumptions regarding our planned expenditures and sufficiency of our cash to fund operations may be incorrect; our ongoing discovery and pre-clinical efforts may not yield additional product candidates; any of our or our collaborators' product candidates may fail in development, may not receive required regulatory approvals, or may be delayed to a point where they are not commercially viable; we may not achieve additional milestones in our proprietary or partnered programs; regulatory agencies may not permit certain of our product candidates to advance directly into a Phase 2 or later clinical trials, may impose additional requirements or delay the initiation of clinical trials; the impact of competition; the impact of expanded product development and clinical activities on operating expenses; adverse conditions in the general domestic and global economic markets; as well as the other risks identified in our filings with the Securities and Exchange Commission and the securities commissions in British Columbia, Alberta and Ontario. These forward-looking statements speak only as of the date hereof and we assume no obligation to update these forward-looking statements, and readers are cautioned not to place undue reliance on such forward-looking statements.