This funding is the largest investment made into Direct Air Capture - a climate change mitigation technology that captures carbon dioxide directly from the atmosphere.

Squamish, BC, March 21, 2019--(T-Net)--Carbon Engineering Ltd. (CE), a Canadian clean energy company, today announced the completion of an equity financing round of USD$68 million, marking the largest private investment made into a Direct Air Capture (DAC) company to date.

With multiple investors now on board, this financing highlights the significant commercial interest in DAC, particularly from the global energy and private investment sectors.

This $68M financing will allow CE to commercialize and enter mainstream markets with its fully demonstrated DAC technology that is able to capture and purify atmospheric carbon dioxide (CO2) for under USD$100/tonne. 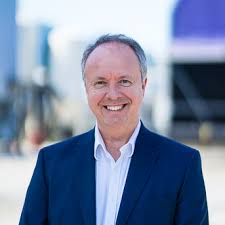 Speaking about the investment, CE's Chief Executive Officer, Steve Oldham said, "This financing round - the largest of its kind into a DAC company - shows the growing recognition of both the benefits and commercial readiness of our DAC technology. As the world assesses how to address climate change while keeping economies running with the energy they need, our technology can provide a key part of the solution.

"CE's DAC technology can be deployed to help companies and nations alike meet their climate change commitments and achieve significant emissions reductions, while at the same time creating opportunities for jobs, economic growth, and investment. Our DAC technology has been proven based on extensive testing in our pilot facility, and we're ready to scale up using existing commercial equipment to deploy reliable and cost-effective facilities. DAC is a viable tool for reducing emissions while continuing to provide affordable energy."

(1) it can remove CO2 from the atmosphere and deliver large-scale negative emissions by permanently and safely storing the CO2 underground; and

(2) additionally, through integration with CE's AIR TO FUELS™ technology, DAC can also be used to reduce emissions from transportation by converting atmospheric CO2 into ultra-low carbon fuels that can power existing cars, trucks and airplanes without any modifications.

This $68M investment will allow CE to bridge the gap from the pilot demonstration of the company's DAC and AIR TO FUELS™ technologies, to mainstream market deployment.

The funding enables expansion of CE's pilot plant in Squamish, British Columbia, and the engineering of the first commercial facilities. These industrial-scale DAC facilities can capture up to one million tonnes of CO2 from the air each year.

CE has welcomed a host of new private investors in this funding round, including global energy companies and top venture capital firms. This varied investor base will allow CE to harness the widespread expertise and market knowledge of its investors as the company proceeds with its go-to-market strategy to deploy DAC technology around the world.

Fort Capital acted as advisors to CE on this transaction.

Editor's Note: Carbon Engineering's Chairman of the Board is Dan Friedmann. Mr. Friedmann was CEO of MacDonald, Dettwiler and Associates (now Maxar), "Canada's largest space equipment company" and the world's largest commercial communications satellite manufacturer for 20 years, until May 2016. A number of other accomplished individuals round out the board of directors.

Founded in 2009, CE is a Canadian-based clean energy company leading the commercialization of groundbreaking technology that captures CO2 directly from the atmosphere, and a second technology that synthesizes it into clean, affordable transportation fuels. From a pilot plant in Squamish, B.C., CE has been removing CO2 from the atmosphere since 2015 and converting it into fuels since 2017.
Learn more: www.carbonengineering.com