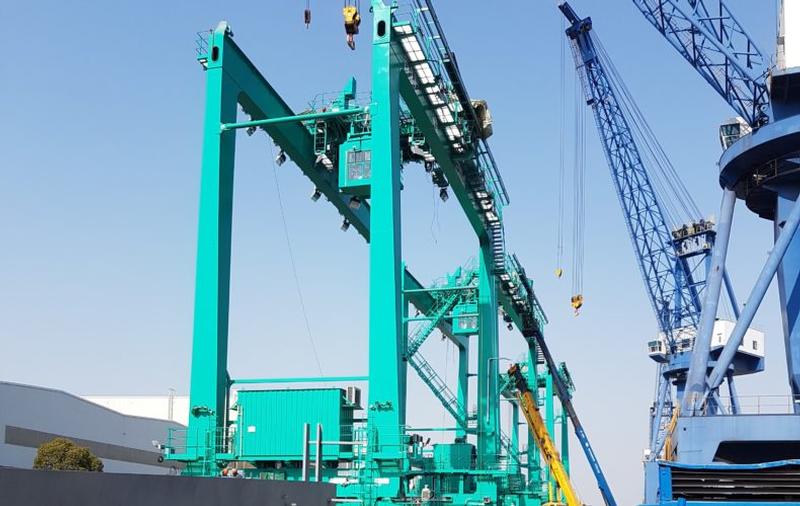 Richmond, BC, April 15, 2019--(T-Net)--Corvus Energy announced that they have been chosen to supply the energy storage system (ESS) for battery-hybrid RTG cranes by CCCC Shanghai Equipment Engineering (CCCCSEE).

The order is for various retrofit and newbuild deliveries by its affiliate ZPMC in Chinese ports.

Corvus Energy, with primary operations in Vancouver, Canada and Bergen, Norway, has previously supplied 48 RTG cranes through CCCCSEE. This is the first order for the new Corvus Energy Asia office located in Singapore.

The benefits of hybrid powered port cranes are substantial. Unlike conventional diesel electric port cranes, the hybrid version is powered primarily from the Corvus battery package resulting in fuel savings of up to 65%. The added benefits of reduced operating costs, reduced greenhouse gas emissions and lower noise levels at the terminal make a very attractive business case.

"Corvus Energy has definately shifted the economics and viability of converting diesel port equipment to battery-hybrid electric with their Orca Energy systems. Exceeding all requirements and expectations, Corvus ESS technology is a cornerstone of our future strategy for technological advancement. Through previous deliveries they have proven that the performance, durability and reliability of its battery systems are ideally suited to the demands of our port equipment," said Gao Jianzhong, Chief Engineer, CCCCSEE.

The robust Orca Energy ESS stores regenerative braking energy captured as the RTG crane lowers a container—a high-current charge that most battery systems cannot sustain. The stored energy is used to power the RTG crane during operations such as trolley and gantry movement, allowing the diesel engine to be shut off when it would traditionally be idling or operating inefficiently at low loads. The size of the generator can be smaller, the generator can be used less often and its operation optimized for fuel efficiency.

"We expect the market for battery-hybrid RTG crane applications will continue to grow as leading port equipment suppliers such as CCCCSEE prove the technology's efficacy to significantly reduce emissions. There is significant retrofit potential with existing RTG cranes in global ports, in particular in Asia which operates half the world's roughly 10,000 RTG cranes. Further, there is an upward trend for hybrid and all-electric RTG cranes in new orders. Corvus technology continues to provide solutions for progressive port operators worldwide who seek to increase efficiencies while reducing emissions and the environmental impact of their operations."