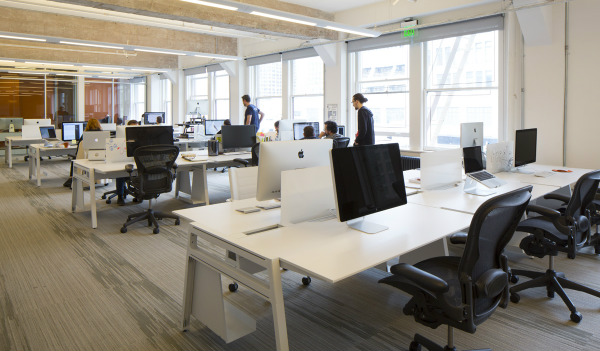 Revenue for the fiscal year 2018 was $15.6 million compared to $40.4 million in 2017. Earth observation revenue of $9.4 million in 2018 increased by $1.6 million compared to the previous year, primarily due to recognizing the first tranche of revenue associated with the previously announced multi-million dollar consortium contract with the European Space Agency. Revenue from engineering and value-added services was $6.2 million in 2018 and declined by $26.4 millioncompared to 2017, primarily due to a change in the expected completion date of one of our customer contracts.

Operating costs of $79.8 million in 2018 included approximately $7.9 million of certain non-recurring expenses, including severance, bad debt expense, and costs relating to a special committee of the board, which has since been discontinued. Fixed operating costs, excluding these one-time expenses, have been reduced by approximately $5.0 million, or 14%, year-over-year.

Adjusted EBITDA, excluding one-time costs, was negative $15.8 million in 2018 compared to negative $1.6 million in 2017. The decrease was largely attributable to lower revenue and was partly offset by approximately $5.0 million of lower fixed operating costs, as described above, and a $5.2 million decrease in variable costs.

The net loss in 2018 was $83.3 million, which increased compared to the net loss of $31.8 million in 2017. Current year results were impacted by $54.5 million of adjustments required for accounting purposes that are substantially non-cash, including $20.4 million of asset impairment charges, a $5.5 million reversal of deferred tax assets, and a significant portion of the $28.6 million of net finance costs.

Donald Osborne, CEO of UrtheCast, commented, "The results this past quarter continue to reflect the major restructuring that is underway at UrtheCast. As expected, we saw a number of one-time costs as well as significant non-cash charges in the fourth quarter. We have also started to see a reduction to our fixed cost base and have taken a number of other important steps to strengthen the business, including acquiring Geosys, a world-leader in geoanalytics in the agriculture industry, and commencing a 13-year services contract with Geosys' former parent company, Land O'Lakes, which will generate more than US$10 million of annual revenue for UrtheCast. Additionally, we are in advanced discussions to sell the assets of our Deimos operations. The proceeds from this sale will be used to reduce our debt and improve working capital. We believe that these measures, among others, will unlock value for our shareholders by putting UrtheCast in a position to start delivering positive EBITDA during 2019 and ultimately by enabling us to secure financing and move into the build-phase of the transformational UrtheDaily Constellation."

We refer you to the Company's consolidated financial statements for the year ended December 31, 2018 and the related Management's Discussion & Analysis for further details relating to the Company's liquidity position. The Company has taken steps subsequent to the year ended December 31, 2018 to ensure that it is able to continue as a going concern and that it has adequate liquidity in the near term.

The following table reconciles our Non-IFRS earnings measures to Net Loss prepared in accordance with IFRS.

UrtheCast Corp. is a Vancouver-based company that serves the rapidly growing and evolving geospatial and geo-analytics markets with a wide range of information-rich products and services. The Company currently owns and operates two Earth Observation (EO) satellites, Deimos-1 and Deimos-2. Imagery data from these sensors is continuously downlinked to ground stations around the world and distributed directly to partners and customers in multiple markets. UrtheCast also processes and distributes imagery data and value-added products on behalf of the PanGeo Alliance, a network of EO satellite operators with a combined 13 medium- and high-resolution EO sensors.

In January 2019, UrtheCast also acquired Geosys, a digital agriculture company that provides a suite of geo-analytics products and services to agribusinesses around the world. The acquisition of Geosys positions UrtheCast as a fully vertically-integrated geo-analytics solution provider for the precision agriculture market, able to integrate satellite imagery services with analytics.

Many factors could cause UrtheCast's actual results or performance to be materially different from expectations that may be expressed or implied by such forward-looking statements, including, among others: the Company's ability to rectify its current cash constraints and to continue as a going concern; the Company's ability to enter into alternative financing for the UrtheDaily satellite constellation, and any delays or failures in the design, development, construction, launch and operational commissioning of the such constellation; the Company's ability to comply with debt and repayment obligations and avoid the exercise of lenders' rights, including with respect to seizing secured assets; an adverse outcome in the Company's litigation with Eastwood Capital Corp and William Holland; the Company's ability to successfully complete a sale or other transaction involving Deimos Imaging on commercially reasonable terms, or at all; UrtheCast's ability to fund the installments for the purchase price of the Geosys transaction or otherwise successfully complete the second closing of the Geosys acquisition; loss, reduction in scope, termination, failure to satisfy conditions precedent or decline in general of the Company's agreements or relationships with its key partners, including Land O' Lakes, Inc.; risks related to the government funding received by UrtheCast and risks arising from breach or default of obligations under the related agreements with certain government agencies; delays or disputes with customers regarding the payment milestones under the Company's data imagery or engineering services agreements, which often include complex criteria and/or performance by third parties to successfully complete the contract and obtain payment; legal and regulatory changes; and; as well as those factors and assumptions discussed in UrtheCast's Annual Information Form dated March 29, 2019, which is available under UrtheCast's SEDAR profile at www.sedar.com . UrtheCast cautions readers that such factors and uncertainties are not exhaustive and that should certain risks or uncertainties materialize, or should underlying estimates or assumptions prove incorrect, actual results, performance or achievements may vary significantly from those expected. There can be no assurance that the actual strategies, results, performance, events or activities anticipated by the Company will be realized or, even if substantially realized, that they will have the expected consequences to, or effects on, the Company.