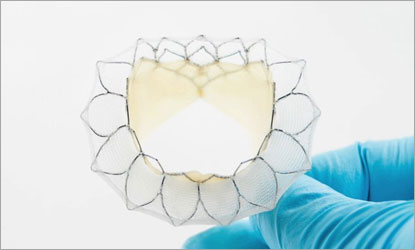 Richmond, BC, April 5, 2019--(T-Net)--Neovasc (NASDAQ: NVCN)(TSX: NVCN), a leader in the development of minimally invasive transcatheter mitral valve replacement technologies and in the development of minimally invasive devices for the treatment of refractory angina, announced that the Higher Regional Court in Munich, Germany, on appeal by Neovasc, has dismissed the case in full, brought by Edwards Lifesciences CardiAQ LLC against Neovasc in Germany.

In this case, CardiAQ had originally claimed full ownership rights to one of Neovasc's European patent applications for its Tiara™ ("Tiara").

In June, 2017, the first-instance court in Munich had awarded co-ownership rights to CardiAQ. Both parties had appealed this decision. CardiAQ withdrew its appeal for full ownership during the course of the appeal. In dismissing the remainder of CardiAQ's case, the German court now found that CardiAQ had not contributed to the invention of the Tiara and found Neovasc to be the rightful inventor and owner of all rights to the disputed Tiara European patent application.

"We are pleased that after full consideration of the evidence, the German courts have now recognized that CardiAQ made no contribution to the invention or development of the Tiara," stated Fred Colen, CEO of Neovasc. "With this decision, which we strongly believe would be confirmed, even if appealed to and accepted as a case by the German Supreme Court, Neovasc is free to pursue its European patent application and has the sole right to commercialize the Tiara in Europe and help treat patients suffering from debilitating mitral valve disease. We will continue to vigorously defend our intellectual property against any attempts by third parties to infringe on these rights."

For further details, please see the Material Change Report filed by the Company on SEDAR and furnished to the SEC on EDGAR under Form 6-K.

Tiara is a self-expanding mitral bioprosthesis specifically designed to treat mitral valve regurgitation (MR) by replacing the diseased valve. Conventional surgical treatments are only appropriate for about half of MR patients, who number an estimated four million in the U.S. with a similar number of patients affected throughout Europe. Tiara is implanted in the heart using a minimally invasive, transapical transcatheter approach without the need for open-heart surgery or use of a cardiac bypass machine.

The Tiara valve is currently being evaluated in 2 ongoing clinical trials: TIARA-I—an early feasibility trial in the United States, Canada, and Belgium—and TIARA-II—a European Conformité Européenne Mark Trial in Germany, Italy, and the United Kingdom. In addition, patients have also been treated under compassionate programs in Canada, Italy, Germany, Israel, and Switzerland.

Neovasc is a specialty medical device company that develops, manufactures and markets products for the rapidly growing cardiovascular marketplace. Its products include the Reducer, for the treatment of refractory angina, which is not currently commercially available in the United States and has been commercially available in Europe since 2015, and the Tiara, for the transcatheter treatment of mitral valve disease, which is currently under clinical investigation in the United States, Canada and Europe. For more information, visit: www.neovasc.com.