BC and Canadian New Employment Growth Rises to Record Highs in April, Surprising Economists - Canadian Economy on a Roll 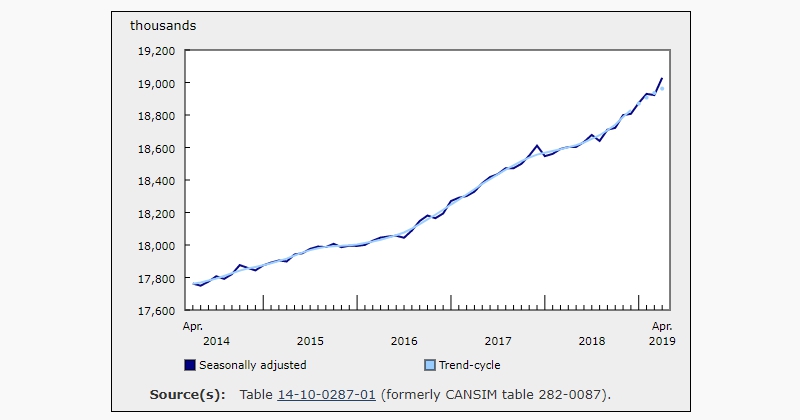 Economists had only been forecasting an increase of roughly 12,000 positions on average, so the Canadian economy surprised well to the upside this last month.

The unemployment rate also declined to 5.7% (near a 40 year low) as more people participated in the labour market.

The report shows just how much the labour market has growing recently in Canada's expansion and this together with other economic indicators, appear to be showing the Canadian economy strongly back on a path to growth, and moving past the recent slowdown last fall.

BC currently has the lowest unemployment rate in the country (falling 0.1 percentage points to 4.6% in April 2019), and has a continued very tight labour force, especially in the tech industry. 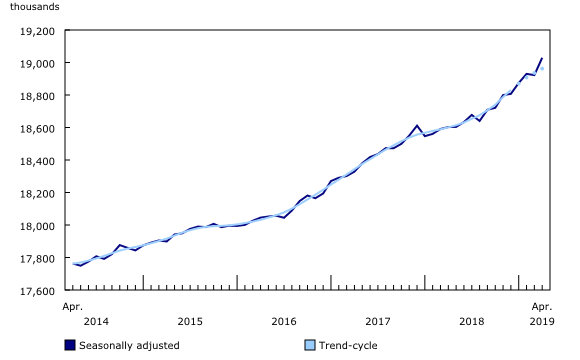 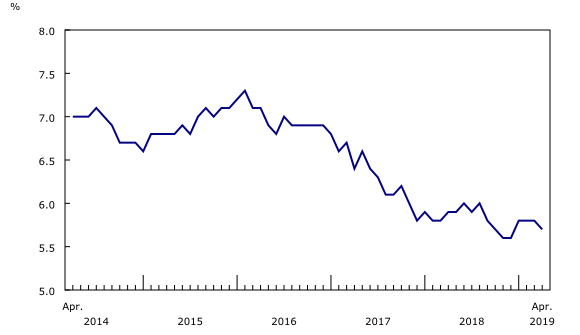 Employment increased in Ontario, Quebec, Alberta, and Prince Edward Island. It declined in New Brunswick, and was little changed in the other provinces.

The number of employees in both the private and public sectors increased, while there was no change in self-employment.

For more information on Canada-US comparisons, see "Measuring Employment and Unemployment in Canada and the United States - A comparison."