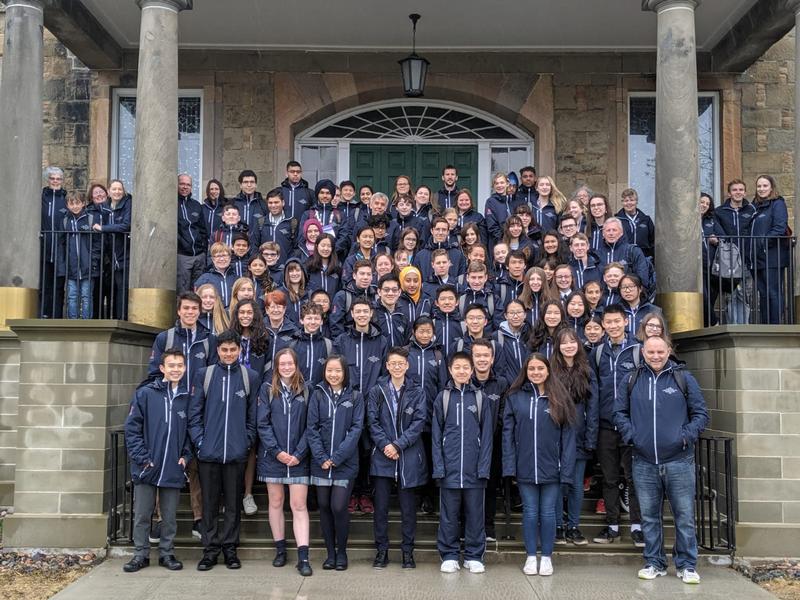 Vancouver, BC, May 27, 2019--(T-Net)--Seventy students from 13 regions throughout BC and the Yukon presented their projects in Fredericton, New Brunswick this month at the 58th Canada-Wide Science Fair (CWSF).

BC and Yukon students received 140 awards and scholarships valued at $194,550 including 6 gold medals, 14 silver medals and 21 bronze medals! Among Team BC & Yukon's Gold medal recipients are Daniel Kornylo of Gold River, BC and Bruce Porter of Whitehorse, YT.

Mr. Kornylo, a Grade 10 student at Gold River Secondary, is attending the CWSF for the third consecutive year. His award-winning project, titled The Development of a Research Tool to Improve Snake Husbandry, began from a simple desire to build a vivarium for his snake. Upon realizing the limitations of current vivarium technology, Kornylo designed and built his own vivarium with new heating, ventilation and lighting systems to improve the welfare of captive serpents.

When asked about his Science Fair experience, Kornylo responded "it is a source of continual inspiration. My advice to students doing a science fair project is to try and solve a problem that you see in our world. Sometimes it is tough but never give up".

Kornylo's teammate, Mr. Porter, is a Grade 8 student at F. H. Collins in Whitehorse. Porter is an avid outdoorsman who is very concerned about the health of the environment where he lives and plays. His project, Pristine Waters: A Pioneering Project in Yukon River Microplastic Research is a study of microplastic pollution in and around Whitehorse. "Although a lot of work, Science Fairs are an amazing way to get inspired by others to do things you never thought you could do. Like, be the first person to test for microplastics in Yukon!" says Porter.

Over 40,000 students participate in Science Fairs throughout British Columbia and the Yukon each year. Two thousand finalists from classroom and community fairs are selected to attend the 13 Regional Science Fairs to compete for awards, scholarship and the chance to join Team BC/Yukon at the Canada-Wide Science Fair. Over 1,500 STEAM educators and professionals from across the province volunteer as mentors, judges, organizers and chaperones allowing our youth to gain the skills and confidence to compete on national and international stages.


About the Science Fair Foundation of British Columbia