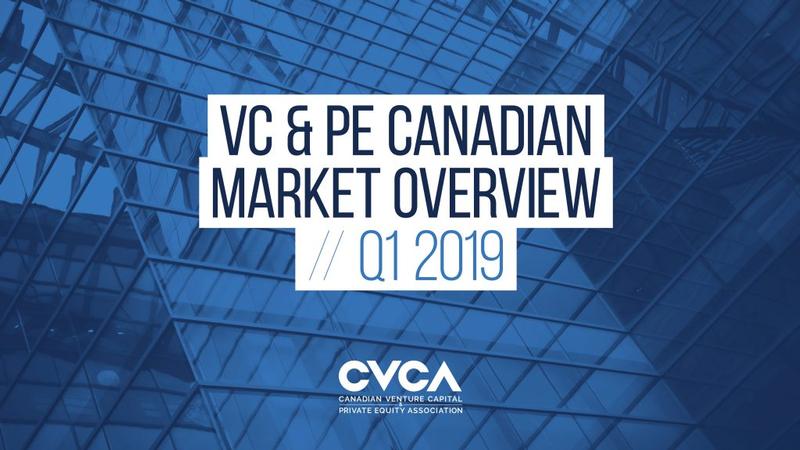 This is the fifth billion-dollar quarter since 2013 and is almost double (48% higher) the investments made in the same quarter in 2018. 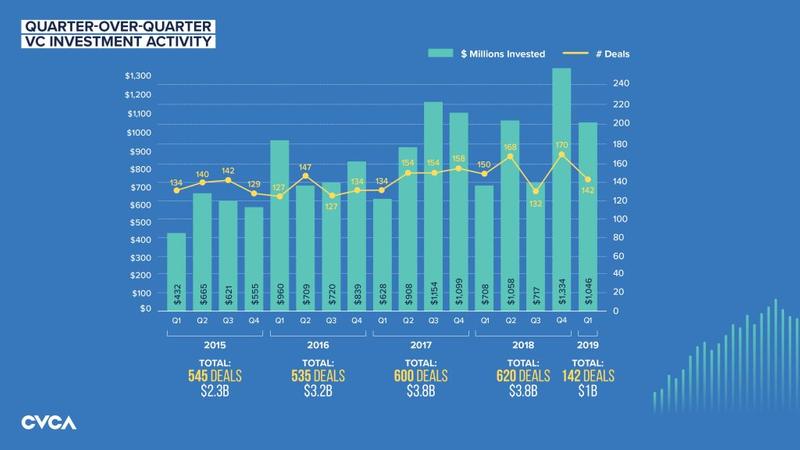 There were seven mega-deals ($50M+) in the first quarter which accounted for a 57% share of all dollars invested. Three noteworthy mega-deals include Toronto-based Vena Solutions Canada Incorporated's CAD $115M growth equity financing from US investors; Squamish-based Carbon Engineering Limited's CAD $90M round from two US cleantech investors; and Montreal-based Enerkem's CAD $76M round from a syndicate which included Cycle Capital Management/Ecofuel, Fondaction CSN, Fonds de solidarite FTQ, and National Bank of Canada.

Montreal-based Lightspeed POS Inc. completed the largest and only IPO exit since 2017 with a market capitalization of CAD $1.1B. 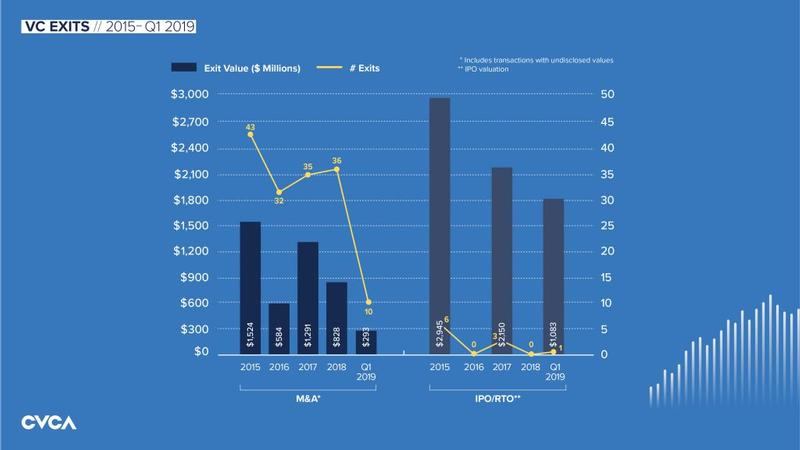 "It's great to see continued momentum across the Canadian VC industry with this fifth billion-dollar quarter in less than 10 years," said Kim Furlong, Chief Executive Officer, CVCA. "Lightspeed's exit this quarter is another proud accomplishment for the industry. We will be keeping an eye on the exit environment throughout the remainder of 2019." 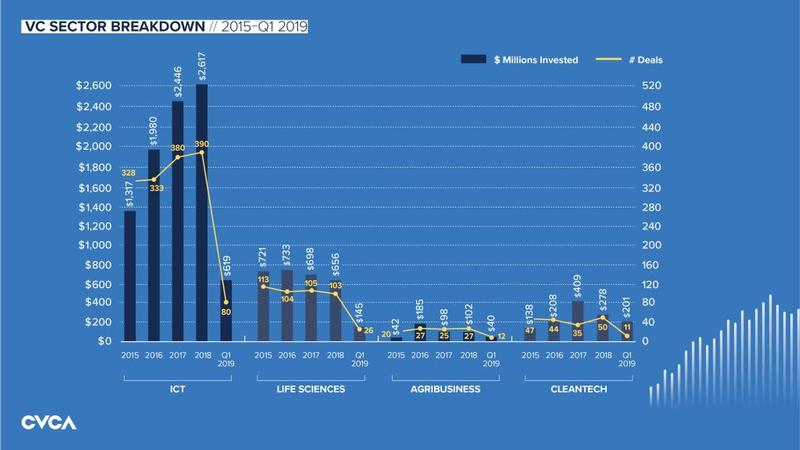 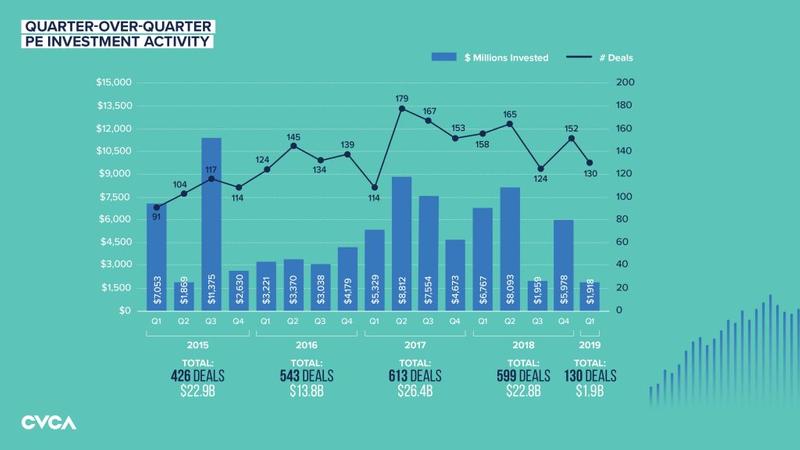 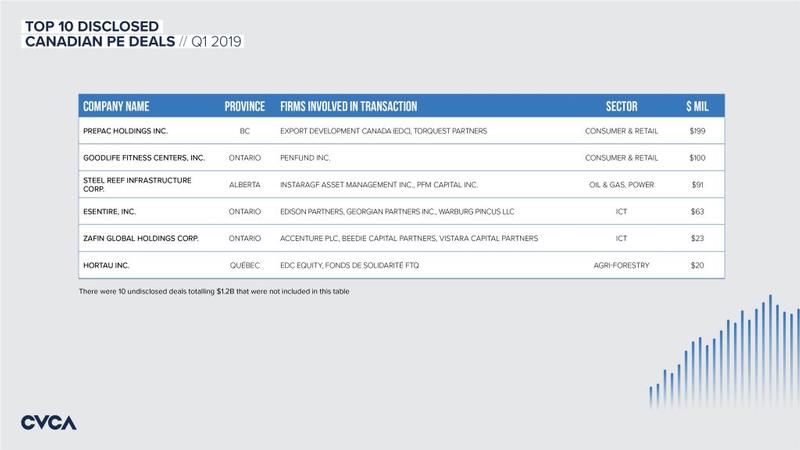 A fifth of all PE deals in the first quarter (27 out of 130) were closed in the Information and Communication Technologies (ICT) sector totaling CAD $929M, representing almost half of all invested dollars. The Industrial & Manufacturing and Consumer & Retail sectors closed 43 deals combined receiving CAD $562M or 29% of all dollars. 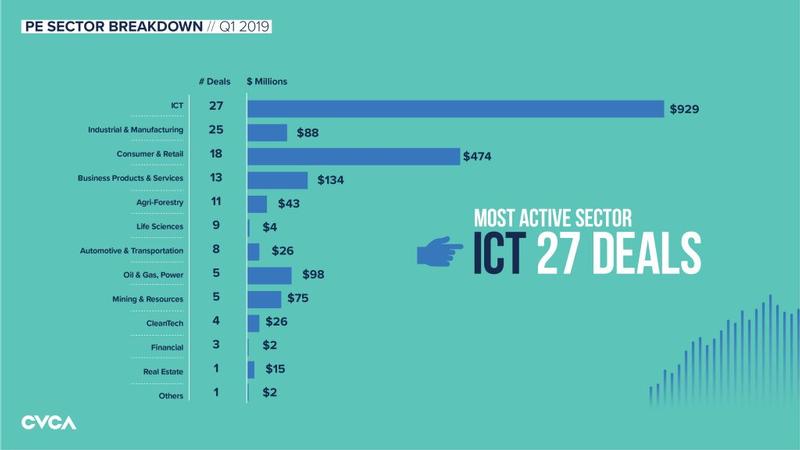 We're how collaboration happens and how innovation and growth thrive. The CVCA is Canada's professional association for the venture capital and private equity industry.

Our services and support establish a favourable and competitive ecosystem and lay the foundation for greater collaboration, innovation, growth and market intelligence. We strongly advocate for fair and competitive policy to keep our industry energized and future-ready.

From coast to coast, we bring members together; connecting private capital professionals to each other generating meaningful partnerships, enabling connections to foster and knowledge to prosper. We're also the nation's ultimate resource for data on Canadian private capital investments.