North Vancouver, BC, June 19, 2019--(T-Net)--Aurora Solar Technologies Inc. (TSXV: ACU) announced today that it has received an order to supply a major China-based manufacturer of solar cell and module manufacturing automation systems and provides an update on recent commercial events.

The new order is for two DM-110 measurement systems and one AS-100 server for control of the DM-110 units. These products are expected to be used for testing and integration of Aurora's products within this company's offerings. The DM-110 and AS-100 units are planned to be shipped in July 2019.

"This order from one of the two dominant automation providers in China is an important development for Aurora," said Gordon Deans, Aurora's Chief Executive Officer. "Our DM measurement products must operate in tandem with suitable production line automation. Typically, the automation is specified and designed during the planning of new or expanded production facilities. With the 'design-in' that will result from this customer's acquisition of our DM-110 products, visibility and inclusion of Aurora's products during production facility design will be significantly increased. This is expected to result in increased sales and reduced costs for the Company." 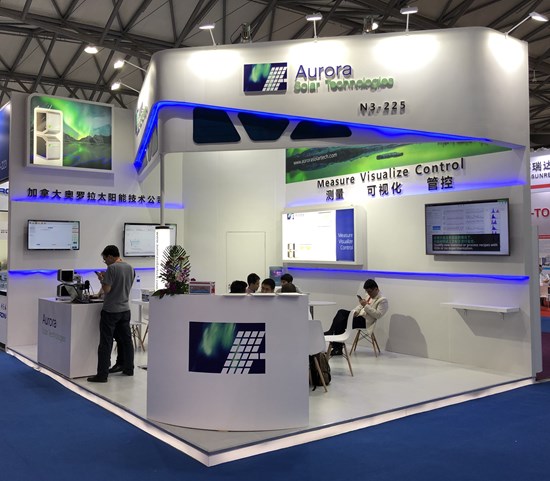 Additionally, the Company said it recently exhibited at the SNEC PV Power Expo trade show in Shanghai, China. This annual event is the most important venue for the Company, with estimates of over 2,000 exhibitors and 260,000 attendees. Numerous existing and prospective customers visited the Aurora booth, and as a result of our presence at this event, the Company has received requests for quotes and has further developed existing product sales opportunities.