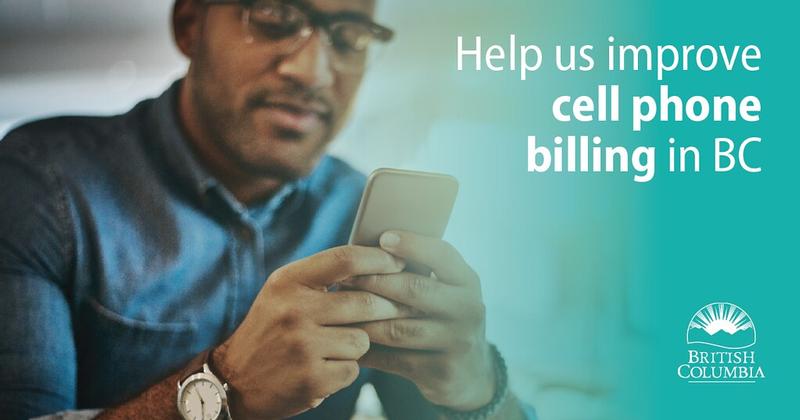 Vancouver, BC, June 4, 2019--(T-Net)--Frustrated by the lack of transparency in cellphone bills — from clarity about fees to the absence of plain language that makes contracts confusing — consumers want to see changes, and the BC government says it is looking for information to help.

The Province has launched a public questionnaire inviting British Columbians to share their views and experiences regarding cellphone contracts.

The goal is to identify ways to promote transparency and fairness and aid government in reviewing B.C.'s current consumer protection laws. This public survey also gauges an individual's knowledge about their rights under the federal Wireless Code.

"Cellphones are a part of everyday life and people deserve to understand where their money is going and have tools to make informed choices about their cellphone services," said Mike Farnworth, Minister of Public Safety and Solicitor General. "We will also use the results to advocate for British Columbians' concerns to the federal government and encourage the delivery of more flexible, transparent and affordable cellphone options in B.C."

The survey runs from May 29, 2019 until July 5, 2019, and takes up to approximately 15 minutes to complete. Stakeholders groups and the telecom industry will also be invited to participate in the engagement. The results of the public engagement will be summarized and included in a public report.

"This survey will provide valuable insights to government on what issues British Columbians have when it comes to cellphone contracts and billing, and what actions the Province can take," said Bob D'Eith, MLA for Maple Ridge-Mission. "My hope is that we hear from British Columbians from all over the province so the data provides a complete picture of cellphone contract and billing experiences."

This action government is taking on cellphones is part of ongoing work to provide informed consumer protection changes in B.C. that recently include: