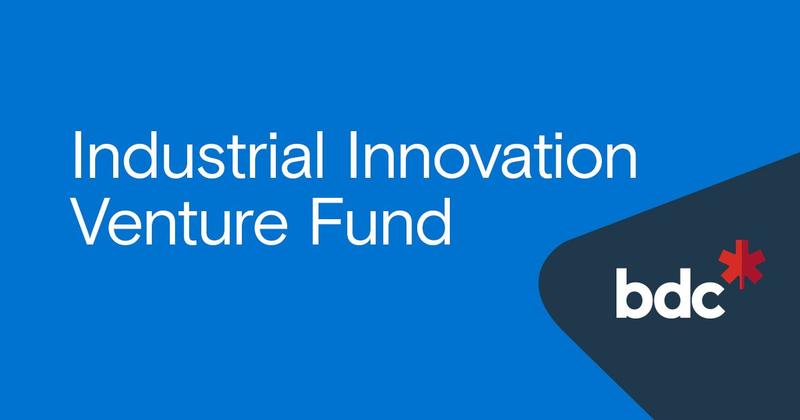 Vancouver, BC, June 4, 2019--(T-Net)--BDC Capital, the investment arm of BDC, announced today that it is launching a $250 million Industrial Innovation Venture Fund to invest in tech companies and entrepreneurs accelerating the transformation of core Canadian industries including agriculture and food technologies, resource extraction technologies and advanced manufacturing.

The Industrial Innovation Venture Fund will invest in early to late stage firms with the genius and ambition to drive marked improvements in productivity and competitiveness across the value chains of the core competitive industries that are the backbone of the Canadian economy, through combinations of innovative and transformative technologies, processes, and business models.

"BDC Capital is excited to be a first mover again, this time supporting innovation and technology adoption among core competitive industries like ag-tech, resource extraction and advanced manufacturing with our new venture capital fund, said Jérôme Nycz, Executive Vice President, BDC Capital. "This fund is complementary to our existing work with the Industrial, Clean and Energy Technology (ICE) Venture Fund, and by launching the Industrial Innovation Venture Fund, we are doubling down on developing transformative solutions for Canadian industries."

BDC Capital also announced that it is appointing venture capital veteran M. Regan as the Industrial Innovation Venture Fund's Managing Partner. Mr. Regan brings deep venture capital expertise and an industrial operating perspective that positions him well to lead a successful fund and ultimately deliver on the Fund's goals. More information about Mr. Regan's experience can be found on BDCCapital.ca.

The goal of the Industrial Innovation Venture Fund is to enable technology innovation and commercialization in key Canadian industrial sectors like ag-tech, advanced manufacturing, oil and gas as well as mining tech.

"Industrial sectors tend to be slow to digitalize, yet these sectors often represent areas where Canada has a global competitive edge," continued Mr. Nycz, "The Fund's goal is to meet the urgent demands of the next generation of forward-thinking business leaders who want to participate in the industries that drive the Canadian economy."

"With this new $250 million Fund, BDC Capital is encouraging innovation in traditional industries where venture capital has not yet engaged at a large scale in Canada," noted Kim Furlong, CEO, Canadian Venture Capital and Private Equity Association (CVCA). "This shows how venture capital can accelerate Canada's growth across a variety of sectors and industries."

"Congratulations to BDC Capital on its new Industrial Innovation Venture Fund," said the Honourable Mary Ng, Minister of Small Business and Export Promotion. "This Fund demonstrates the value and the potential of Canada's traditional industries to innovate and generate impressive companies that grow our economy and create middle class jobs."

BDC Capital is the investment arm of BDC- Canada's only bank devoted exclusively to entrepreneurs. With over $3 billion under management, BDC Capital serves as a strategic partner to the country's most innovative firms. It offers a full spectrum of risk capital, from seed investments to transition capital, supporting Canadian entrepreneurs who wish to scale their businesses into global champions. Visit bdc.ca/capital.