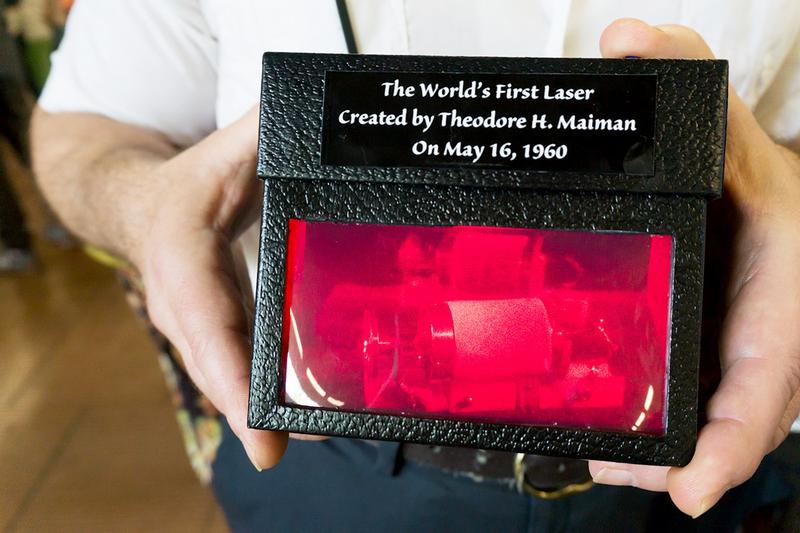 A hologram of the first laser, invented in 1960 by former SFU adjunct professor Theodore Maiman.

Burnaby, BC, June 4, 2019--(T-Net)--When NASA scientists wanted to measure the distance from Earth to the moon for the first time, they shone a high-powered laser off of a reflecting disk placed on the moon by the astronauts during the 1969 Apollo 11 mission.

That laser was designed by Theodore (Ted) Maiman, inventor of the first laser in 1960 and a former adjunct professor in SFU's School of Engineering Science.

As scientists commemorate the second International Day of Light and the 50th anniversary of the Apollo 11 moon landing this year, the impact of the laser's invention knows no bounds.

"Ted's invention revolutionized aspects of telecommunications, industry, medicine, and virtually every branch of the sciences," says Kathleen Maiman, his widow. "More recently, the laser has made possible high-speed internet and the smartphone. His elegant design was so good that it is the basis of lasers even today."

Before his death in 2007, Ted Maiman was active in the development of curricula in biophotonics, photonics and optical engineering at the school.

SFU engineering science professor Andrew Rawicz is grateful for his contribution, saying: "As one of the most important inventors of the 20th century, Ted gave us a sense of the importance of practical solutions with a very strong scientific understanding of the problem." 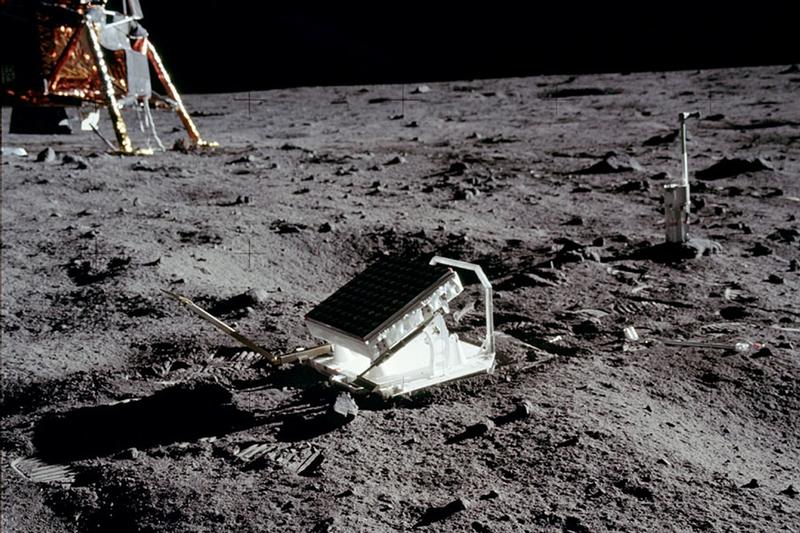 A reflecting disk placed on the moon by the astronauts during the 1969 Apollo 11 mission. COURTESY NASA ARCHIVES

Maiman is widely credited with demonstrating the world's first working laser in 1960. Recipient of an honorary degree from SFU in 2002, he was recognized internationally through numerous prizes and awards, including the Japan Prize — known as the Nobel of the East — for scientific contributions and induction into the U.S. A's National Inventors Hall of Fame. He was nominated three times for the Nobel Prize in physics but never awarded.

"What made Ted's invention stand out was that he only had $50,000 and the help of a part-time researcher," says Rawicz, while other teams trying to develop the laser had far more resources.

Maiman's own account of inventing the laser tells of turmoil in the scientific community - scientists at the time didn't think it was possible to create a laser using a solid-state ruby. But it was because of the scientific community's failure to see the potential of the ruby that Maiman eventually did just that. He published his findings in Nature in the summer of 1960 after his submission was rejected by the renowned Physical Review Letters.

"Ted taught me that if you want to solve a problem, you need to focus on the problem and not get caught up in chasing the money to solve it," says Rawicz.

Maiman later went on to found the Korad Corporation and, along with William J. Rundle, designed and built the high-powered laser that provided the first measurements from earth to the moon.

Through it all, Maiman wasn't afraid to be a little unconventional — or to fail. SFU engineering students can find inspiration from this as they walk the same halls of the Applied Science Building that Maiman once did, too.

"Ted encouraged students to engage in bold thinking and experimentation regardless of the outcome," says Kathleen. "He would say, 'failure can be your friend!'"

Ted's life experiences leading to his invention of the laser and the aftermath are documented in The Laser Inventor: Memoirs of Theodore H Maiman republished in 2018 by Springer Press. 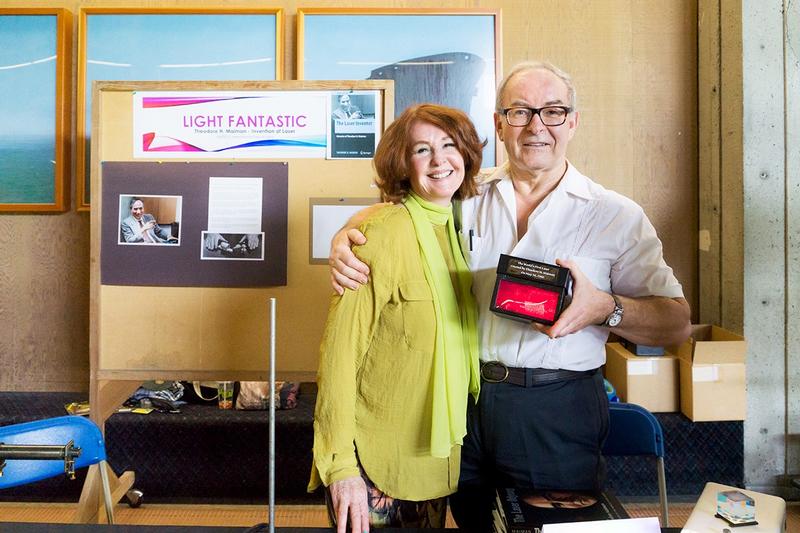