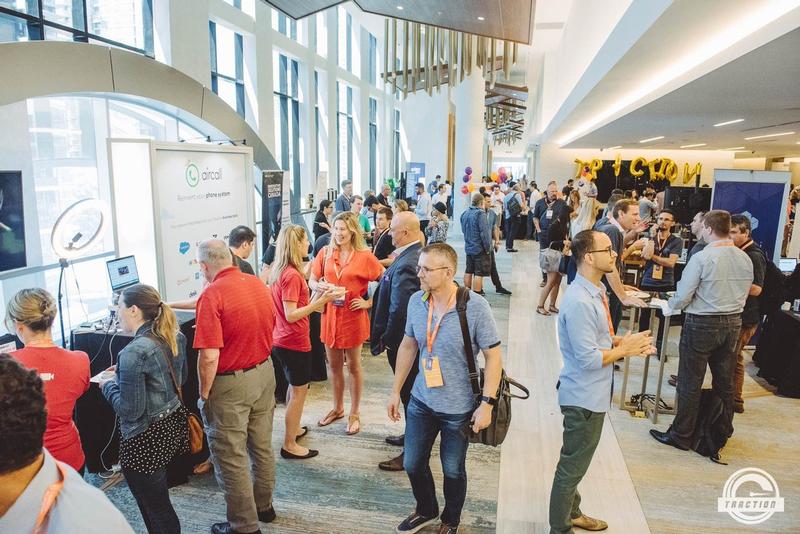 Vancouver, BC, July 16, 2019--(T-Net)--Traction Conference, co-hosted by Launch Academy, Boast.AI and Microsoft for Startups, has just announced the full agenda for its two-day conference on August 7 & 8.

The agenda features more than forty sessions from founders and leaders at the fastest growing companies such as Red Hat, Shopify, Atlassian, HubSpot, Mailchimp, Zendesk, SurveyMonkey, Zapier, Duolingo, MongoDB, Kabbage and several others where they will be sharing the strategies they used to grow their companies.

The Traction Fundraising Summit will be led by Justin Kan, who previously co-founded and sold Twitch to Amazon for almost a billion dollars and was also a partner at Silicon Valley accelerator Y Combinator, before starting legal tech company Atrium.

Justin Kan has raised $150 million for his own companies from leading investors such as Andreessen Horowitz, Greylock, and First Round Capital. Now, just two years into his current venture, Atrium - the tech-enabled law firm for high-growth companies, Kan and his team have helped their clients raise a billion dollars in funding.

The Fundraising Summit will include talks on fundraising best practices, pitch coaching, legal negotiation tips, and office hours with investors to help startups raise their next round of capital faster at the most favorable terms.

"I've been able to help many different startups raise capital in my career and every team that I've worked with has taught me something valuable about fundraising. I'm excited to share my experience and learn from all the entrepreneurs attending Traction this August in Vancouver."

The four summits on August 7 conclude with an opening reception at the Dr. Sun Yat-Sen Classical Chinese Garden.

Day 2 on August 8 features Founders and C-Suite from multi-billion dollar companies sharing their growth secrets over rapid-fire keynotes and fireside chats. August 8 concludes with a closing reception at the JW Marriott Parq.

"Traction is known for consistently bringing a solid lineup of unicorn founders and leaders delivering actionable insights that attendees can implement in their businesses right away. We are excited to have an impressive lineup of speakers and partners that are all contributing towards a successful 7th Traction Conference in Vancouver." said Ray Walia, CEO of Launch Academy.

Adam Nanjee, Managing Director, Microsoft for Startups Canada added, "There has never been a better time to be a Canadian startup and Traction provides an invaluable platform for founders to learn hard-won advice from proven entrepreneurs."

Less than 100 tickets remain at http://www.tractionconf.io.

Traction Conf brings founders, c-suite and leaders from the fastest growing companies to share learnings on business growth. Traction Conf is hosted by Launch Academy and Boast.AI and is a fundraiser for the not for profit Launch Academy. For more information visit: https://tractionconf.io