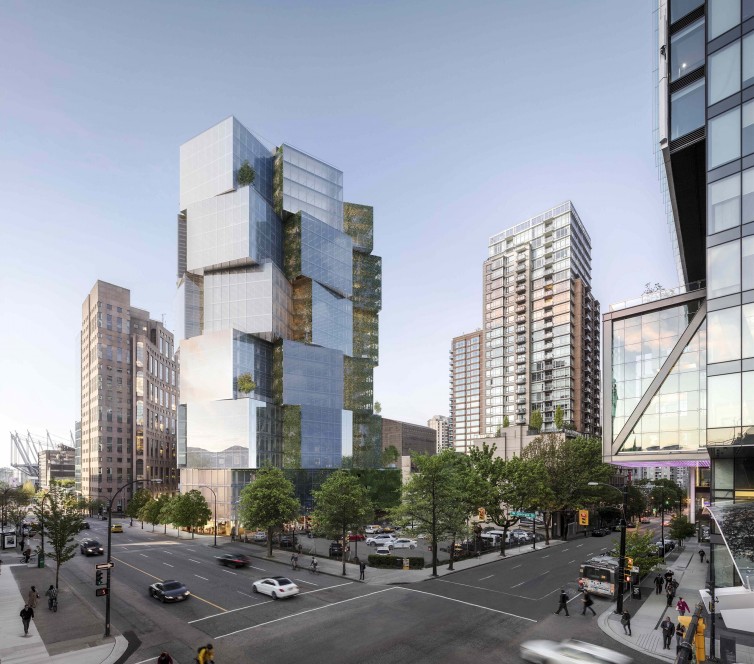 Vancouver, BC, July 22, 2019--(T-Net)--Bloomberg is reporting today that tech giant Apple plans to open a major office in a new office tower being built by Westbank in downtown Vancouver.

According to Westbank's website for the development, 400 West Georgia will be a 24-storey office tower made up of several clusters of four-storey steel-framed cubes arranged around a central concrete core. The office will feature glass floors overlooking the city, roof terraces under overhanging volumes, vertical gardens framing views of the mountains and the largest rooftop amenity in Vancouver.

The building is also located directly across the street from Amazon's new offices currently being developed at the former Canada Post building on West Georgia Street.

Construction on the 400 West Georgia Street office tower is currently underway for an intended 2020 completion.