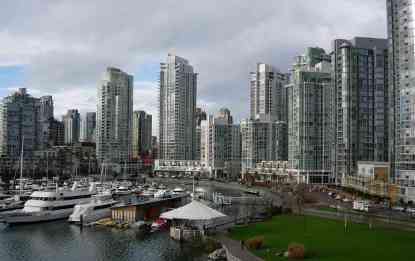 Most notably, Vancouver has exceeded 2020 targets for Green Transportation and Access to Nature and, in the City's operations, its targets for corporate carbon pollution and waste diversion.

Green Transportation - a 38% decrease in distance driven per person since 2007, with an increase in people walking, cycling, and taking transit.

As a result of the goals and targets identified in the GCAP, Vancouver has decreased carbon pollution from buildings, transportation and solid waste by over 29,000 tonnes per year over the past 11 years, while increasing resiliency and preparing for a 100% renewable energy future.

In 2018, Vancouver's overall community carbon pollution was down 12% from our 2007 baseline due to improvements in transportation and building codes. City Council declared a Climate Emergency earlier this year to accelerate this work.

The recommendations approved in the Climate Emergency response will mean a nearly three-fold reduction in carbon pollution - an average of 76,000 tonnes per year - to achieve the City's new 2030 target of limiting warming to 1.5°C.

GCAP, now in its eighth year, will combine with the six Big Moves and 53 Accelerated Actions identified in the Climate Emergency Response to guide the City's actions in reducing carbon pollution, achieving zero waste, and restoring ecosystems toward negative emissions targets.

Both strategies aim to advance Vancouver's goal to create a healthy and resilient city that contributes to climate solutions locally and globally. We will engage the public to update our environmental sustainability goals and targets beyond 2020, and integrate with City-wide Plan to advance this work.

As part of the Climate Emergency Response, Council approved the formation of an Equity Working Group to ensure that equity has a central place in the City's climate emergency and sustainability work moving forward.

Learn more on the Greenest City