Grant was recently pegged 2019 Shepreneur to Watch by Success Insights and won the WISE 50 over 50 and Evolocity Female Founder Awards in 2018 for her accomplishments in commercializing state of the art bionic retina technology.

She joined CATA recently as Entrepreneur in Residence, helping to advance advocacy for women in tech.

The CATA Board felt that it was imperative that the organization move quickly to ensure continuation of the performance of its mission and mandate for the benefit of its stakeholders.

The Board said in a release that it is confident that Suzanne will be able to maintain the stability of the organization as the board assesses the next phase for CATA in the changing environment of advocacy on behalf of the Canadian high tech sector.

"We recognize that we cannot replicate John Reid but we can ensure that CATA continues to be an effective voice for the tech sector and particularly for the small and medium Canadian technology companies", said the organization in a release.

"Suzanne will assist us in this analysis and the Board will be consulting broadly with the stakeholders to ensure that CATA continues to perform its mission with the same zeal and dedication as it did under John's leadership taking into account the changes affecting the sector, the economy and new technologies".

"Suzanne is highly regarded by the technology community and has a history of addressing change with high levels of collaboration and consultation.", said Paul LaBarge, founding partner at the law firm LaBarge Weinstein LLP, CATA director and member of the CATA Innovation Council.

In accepting the new duties Grant said, "John was one of a kind and we shared a passion for pulling others up. I am humbled by this appointment and with the support of Canada's small and medium tech business leaders, we will carry the torch assuring John's legacy and ensuring CATA's impact flourishes. John was committed to moving Canada's innovation grade from a D to an A. That's something Canada's tech community remains behind." 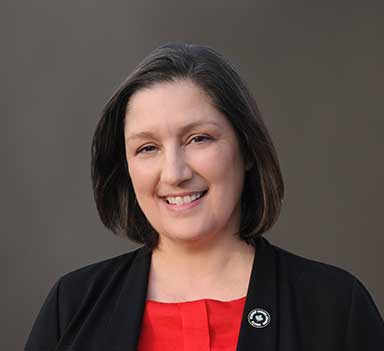