Trulioo Extends its Verification Capabilities to Bahrain, Iceland and Qatar 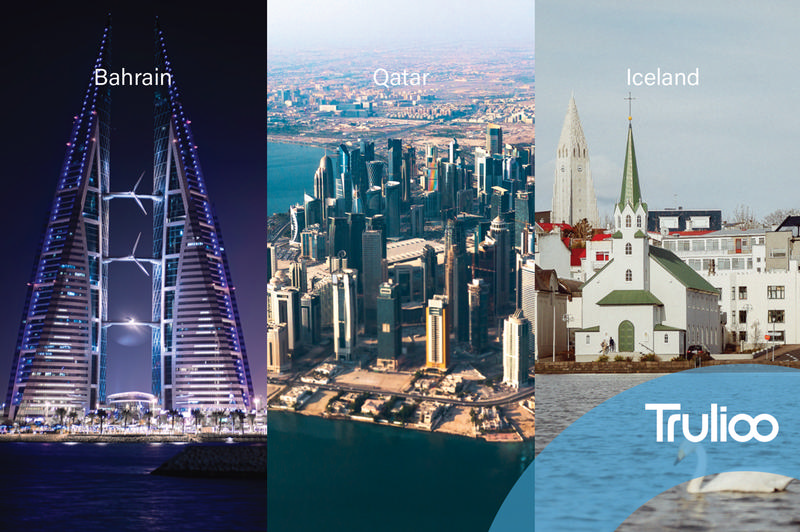 Vancouver, BC, July 31, 2019--(T-Net)--Trulioo announced that it is now able to verify customers in Bahrain, Iceland and Qatar through GlobalGateway, its marketplace of identity data and services.

In recent months, all three countries have committed to making a concerted effort to strengthen their fight against money laundering, which is estimated to cost the world between $800 billion to $2 trillion annually.

For Bahrain and Iceland, this move follows recent assessments completed by the Financial Action Task Force (FATF), which recommended that Iceland do more to combat the laundering of illegitimate funds. FATF also noted that while Bahrain had the foundation for effective regime AML and Counter Terrorist Financing (CTF) systems, it needed to further develop its measures based on risk.

Meanwhile Qatar, which boasts an exceptionally low crime rate, is also combatting rising fraud and money laundering by means of a Memorandum of Understanding signed by both the General Authority of Customers and the Financial Information Unit.

The new ability to verify customers in these three countries extends verification capabilities to the countries' 8+ million combined residents and helps further Trulioo's mission to provide cross-border Know Your Customer (KYC) and Anti-Money Laundering (AML)-compliant identity verification for every individual around the globe.

"Fraud and money laundering have hit these four countries especially hard and as a result they are navigating complex regulatory waters. Adhering to strict compliance requirements while successfully fighting financial crime is no easy task," comments Trulioo CEO and Founder Stephen Ufford. "By extending our identity verification capabilities, organizations can quickly verify the identities of consumers in these markets, while also increasing trust, privacy, and access to digital financial services."

Trulioo recently expanded its global identity verification coverage to Malta, Bangladesh, Poland, and the Philippines, and is now able to verify more than two-thirds of the world's population (5 billion people in more than 100 countries).