BC Hydro Report: Road Trip Range Anxiety Is a Major Barrier to Purchasing an EV 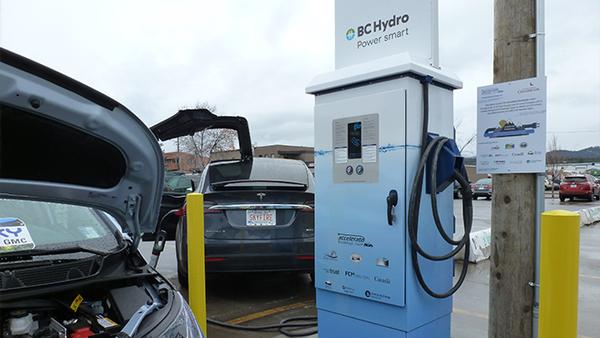 Burnby, BC, July 5, 2019--(T-Net)--A new BC Hydro report finds misconceptions about electric vehicle range for out-of-town trips is preventing the majority of British Columbians from purchasing one - even though most road trips are within the range of the latest models.

The report entitled Electric highway: Road trip range anxiety is pumping the brakes on EV adoption in B.C. [PDF, 350KB] finds close to 70 per cent of British Columbians are hesitant to purchase an EV because they do not think it can be taken on out-of-town road trips.

However, the majority of the road trips taken by British Columbians are less than 300 kilometres one-way - the range many of the latest most popular EVs can travel on a single charge.

A survey(1) commissioned by BC Hydro found besides range, one of the main concerns for the seven in 10 British Columbians that would be hesitant to road trip in an EV is the availability of charging stations along the route.

BC Hydro has a network of 58 fast-charging stations in the province - the majority within 300 metres of a major road or highway - that allow EV drivers to travel from Tofino to the Alberta border.

The network also supports many of the most popular road tip routes in B.C., including Vancouver to Kelowna, Abbotsford to Whistler, Kamloops to Vancouver, Cranbrook to Revelstoke and Victoria to Tofino.

The survey found another top concern for some British Columbians around taking a road trip in an EV is having to stop and charge and thinking it would add significantly to a trip's duration.

However, there are over 270 fast-charging stations in the province, which includes those in BC Hydro's network, that charge the average EV battery to 80 per cent in around 30 minutes.

The majority of BC Hydro's fast chargers are located within 50 metres of services such as food, washrooms or other shopping - making it convenient to charge while stopped for other reasons.

Only seven per cent of British Columbians on a road trip of more than 300 kilometres in a gas-powered vehicle will drive as far as they can without stopping.

Most on this length of trip will make stops in addition to stopping to fuel, including:

For EV drivers looking to take a road trip this summer, BC Hydro recommends these tips:

For more information on how BC Hydro is supporting EV adoption in B.C., visit bchydro.com/ev.