Burnaby, BC, August 2, 2019--(T-Net)--An SFU student team's futuristic concept for teaching primary-school children how to practice empathy and teamwork was a finalist at the recent Association for Computing Machinery International Conference on Interaction Design and Children (ACM IDC).

It is the world's top conference for interaction design for children.

The conference goal is to call attention to critical social issues that technology and design could help solve. This year's conference theme centered on making children feel safer at school. Children from around the world were invited to submit their ideas for technologies that would help them feel better physically and mentally. Researchers then responded by creating applicable design concepts.

The team of four students and researchers from SFU's School of Interactive Arts and Technology (SIAT), along with a researcher from Harvard, designed the EmotoTent, a concept that uses artificial intelligence (AI) to create a futuristic, holographic, interactive learning environment. SFU professor Alissa Antle led the team.

In the EmotoTent, children learn to regulate their emotions. They interact by working together to feel certain emotions that control the holograms they produce. For example, in EmotoTent's Adventure Game, children find their way through a haunted forest by supporting each other through empathy to feel specific emotions that reveal new pathways, unlock quest items and affect the actions of other characters in the game. 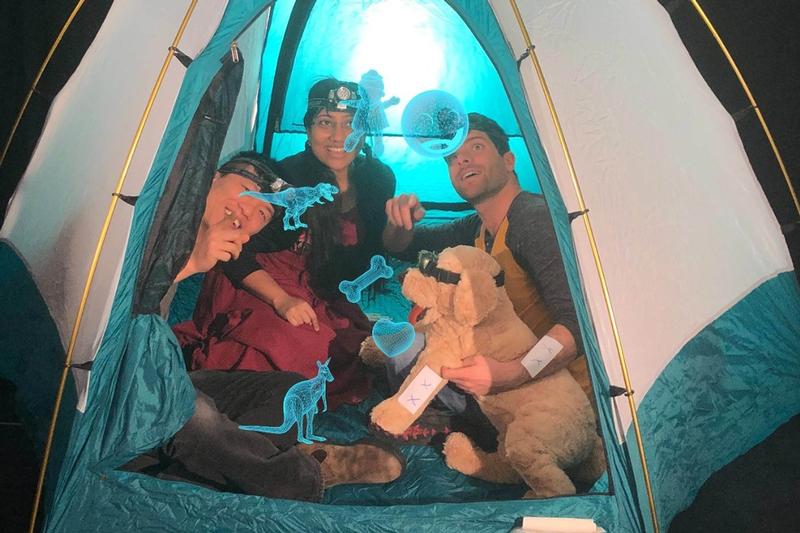 A key character in EmotoTent is Nana the AI-empathetic dog (named after the nurturing dog in "Peter Pan"). Nana coaches and monitors the children's well-being during gameplay.

The submissions to the ACM IDC conference are not working prototypes, but rather 'design fictions' set in the future. While EmotoTent may evolve one day, based on technology trends, it isn't meant to be developed as a product. Rather, the design fiction is meant to provoke deeper thought about a particular theme or concept.

Says Antle, "EmotoTent is both a design provocation and a call-to-action to the academic community and society more broadly about the importance of developing empathy and compassion in children as a means to address violence in schools; and violence, marginalization and inequality in society."

Antle's teams have had previous success at the ACM IDC conference. In 2016, the the conference theme was the future of education. Her team's Embodysuit, a wearable technology that would allow children to experience life from the perspective of different creatures, took first place.

At the same conference, Antle's team also took third place for The Story of Things, which would allow children to see details of an object's life cycle when they touched it.

"These problems can't be solved with technology, but technology can help."