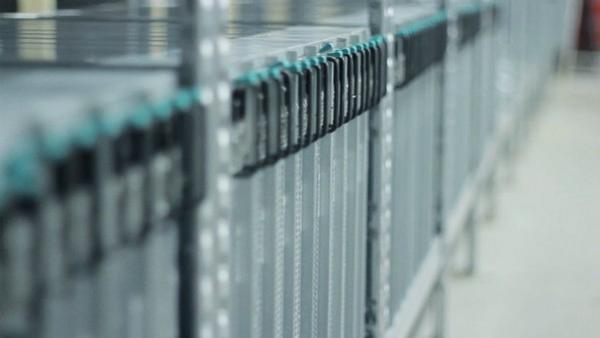 Vancouver, BC, August 30, 2019--(T-Net)--HIVE Blockchain Technologies Ltd. (TSX.V:HIVE) announced that it has entered a strategic partnership with Blockbase Group DWC-LLC as the new software operator and maintenance services provider for the Company's flagship facility in Sweden.

"Our new strategic partnership with Blockbase is exciting as it is expected to improve profitability and enhance our mining operations in Sweden," said Frank Holmes, Interim Executive Chairman and Interim CEO of HIVE.

"Management expects continued improvements in efficiency, and I have been very pleased with the early progress that Blockbase has shown in Sweden. We are looking forward to a long and prosperous working relationship for both companies. Signing agreements directly with local suppliers has dramatically improved transparency with regards to costs, a concern in early 2019, which we have successfully overcome. In my view, direct agreements provide a higher degree of accountability, predictability and transparency then prior agreements. We have received numerous requests from shareholders and financial analysts asking for improved transparency and I believe that the new partnership and strategy better satisfies their needs. Going forward, we will be in a position to improve disclosure to HIVE shareholders, financial analysts, and the financial community broadly."

HIVE is also providing a biweekly status update on the delay of filing its annual financial statements and accompanying management's discussion and analysis for the financial year ended March 31, 2019 (collectively, the "Annual Filings"). As previously announced on July 26, 2019, the Company expects to file on or before August 28, 2019.

HIVE management confirms that it is working diligently to meet the Company's obligations relating to its Annual Filings and that, since it announced a delay of its Annual Filings (the "Filings Notice") there is no material change to the information set out in the Filings Notice that has not been generally disclosed and there has been no failure by the Company in fulfilling its stated intentions with respect to satisfying the provisions of the alternative information guidelines set out in NP 12-203. While subject to the MCTO, the Company will continue to comply with the provisions of the alternative information guidelines under NP 12-203 by issuing bi-weekly status reports until it has satisfied the necessary filing requirements.

Except for the statements of historical fact, this news release contains "forward-looking information" within the meaning of the applicable Canadian securities legislation that is based on expectations, estimates and projections as at the date of this news release. "Forward-looking information" in this news release includes, but is not limited to, statements regarding the strategic partnership with Blockbase; enhanced efficiency, reduced costs and profitability at the Company's facility in Sweden; full transparency of costs in Sweden; statements regarding the timing, review, completion and filing of the Annual Filings, and duration of the MCTO; business goals and objectives of the Company, and other forward-looking information concerning the intentions, plans and future actions of the parties to the transactions described herein and the terms thereon.

Factors that could cause actual results to differ materially from those described in such forward-looking information include, but are not limited to, the Company's operations in Sweden may not result in reduced costs, prove to be more efficient or be profitable to the Company as expected, or at all; costs related to Sweden operations may not prove to be transparent to the Company; the Company will be subject to a general cease trade order in the event that the Annual Filings are not completed and filed; and other related risks as more fully set out in the Filing Statement of the Company dated September 13, 2017 and other documents disclosed under the Company's filings at www.sedar.com.