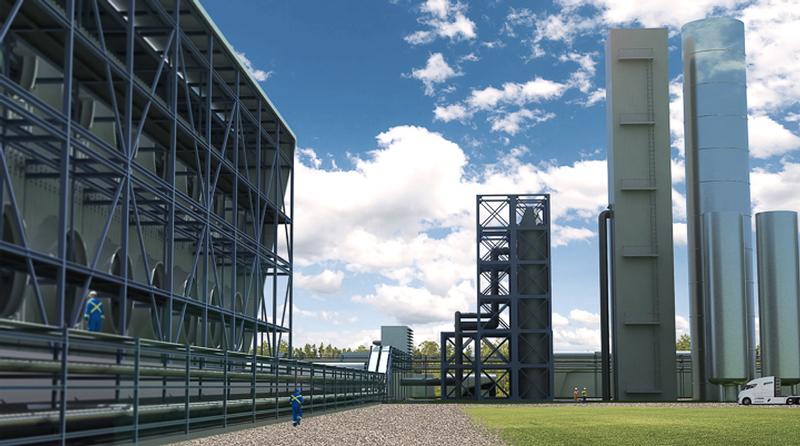 The plant is being expanded from a capacity of 500,000 tons, to an expected one million tons of CO2 removed from the atmosphere and permanently stored underground each year.

The planned facility is being engineered in partnership with Oxy Low Carbon Ventures, LLC (OLCV), a subsidiary of Occidental and a leader in safe CO2 management and injection.

This expansion will enable customers to permanently and safely remove atmospheric CO2 as part of their emissions management and reduction plans, providing a critical new tool for customers looking to achieve carbon neutrality in sectors that are difficult to decarbonize.

"Over the last few years we have observed a growing consensus in the science and policy sectors that both aggressive emissions reductions and large-scale removal of CO2 from the atmosphere is essential," said Steve Oldham, CEO of CE. "We are now seeing this consensus building in the private sector. Corporations are publicly committing to reduce their environmental footprints, and many are finding that while some of their emissions can be directly cut or reduced from within their activities, others are far more challenging. For these hard-to-eliminate emissions, the ability to remove an equivalent quantity of CO2 directly from the atmosphere is a powerful new tool to include in their sustainability toolkits."

"By capturing CO2 directly out of the air, DAC can eliminate any emissions, regardless of where and when they occurred. Importantly, the exact amount of carbon captured and permanently stored is measured, making this a verifiable and quantifiable solution for carbon dioxide removal, or 'negative emissions', that has the potential to be scaled up to capture and store huge quantities of atmospheric CO2. We're essentially providing a service, much like water treatment, sanitation, or waste disposal. But instead, we're providing an air treatment service that removes the excess CO2 in the atmosphere, which the scientists tell us is putting our planet at risk."

Construction for the plant is expected to begin in 2021, with the plant becoming operational within approximately two years.

Founded in 2009, CE is a Canadian-based clean energy company leading the commercialization of groundbreaking technology that captures CO2 directly from the atmosphere so it can be stored permanently underground, or synthesized into clean, affordable transportation fuels. From a pilot plant in Squamish, B.C., CE has been removing CO2 from the atmosphere since 2015 and converting it into fuels since 2017.