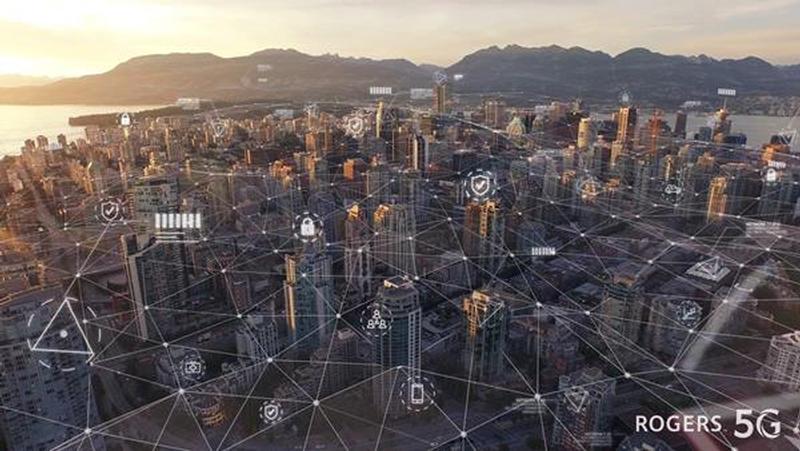 Burnaby, BC, January 16, 2020--(T-Net)--Rogers announced it is starting to roll out Canada's first 5G network in downtown Vancouver, Toronto, Ottawa and Montreal so it is ready when 5G devices become available this year.

The Rogers 5G network will expand to over 20 more markets by the end of the year.

The company also announced it is the exclusive Canadian member of the global 5G Future Forum, a first-of-its-kind 5G and mobile edge computing forum that includes Verizon, Vodafone, Telstra, KT and América Móvil.

"5G is the biggest technological evolution since the launch of wireless in Canada. We are making the right investments, building the right partnerships and deploying the right technology to bring Canadians the very best of 5G," said Joe Natale, President and Chief Executive Officer, Rogers Communications. "5G will not only power businesses, it will fuel entire industries and drive Canada's digital future. We were the first with wireless services thirty-five years ago, and we are once again first to bring this innovative technology to consumers and businesses on Canada's only national network."

The Rogers 5G network initially uses 2.5 GHz spectrum in the downtown cores of Vancouver, Toronto, Ottawa and Montreal and will expand to use 600 MHz 5G spectrum later this year.

600 MHz is best suited to carry wireless data across long distances and through dense urban buildings, creating more consistent and higher quality coverage in both remote areas and smart cities.

In the future, Rogers will also start deploying 3.5 GHz spectrum and dynamic spectrum sharing, which will allow 4G spectrum to be used for 5G.

Rogers will also turn on 5G in the Rogers Centre, Scotiabank Arena and Rogers Arena to enhance how fans watch the game in the future as innovation and applications develop.

Over the next several years, 5G will transform businesses and industries with increased speed and capacity, more efficient use of spectrum, improved battery life and lower latency.

5G will also support a massive increase in the number of connected devices that require near instantaneous access for applications like augmented and virtual reality, smart communities, remote patient health care, robotics and driverless vehicles.

Rogers says it has invested $9 billion in spectrum licences and over $30 billion overall in its wireless networks since 1985. These investments have helped ensure Canadians enjoy the third fastest wireless networks in the world, networks that are twice as fast as the U.S. with LTE covering 99 per cent of Canadians, according to the company.

Rogers is partnering with Ericsson, North America's 5G provider of choice, to boost and densify Canada's most trusted network with 4.5G and 5G technology. Rogers has partnered with Ericsson since the launch of wireless services in 1985. To make sure customers get the most out of this new technology, Rogers 5G services will be available exclusively on Rogers Infinite plans with unlimited data and no overage fees.

"5G is not just another G. It is a global technology that requires local development to deliver the best social and economic benefits to Canadians," said Jorge Fernandes, Chief Technology Officer, Rogers Communications. "Through our multi-year program we will invest in our wireless network and partner with leaders to drive innovative use cases for Canadian consumers and businesses."

Rogers has established key strategic Canadian partnerships to research, incubate and commercialize made-in-Canada 5G technology and applications. This includes R&D partnerships with the University of British Columbia, the University of Waterloo and an incubator at Communitech. Rogers is also collaborating with government and industry through Ryerson University Rogers Cybersecure Catalyst and ENCQOR 5G. Internationally, Rogers is a founding member of the new 5G Future Forum, which will create a common framework for 5G applications enabled by mobile edge computing across the Americas, Asia-Pacific and Europe.

Rogers is a proud Canadian company dedicated to making more possible for Canadians each and every day. Our founder, Ted Rogers, purchased his first radio station, CHFI, in 1960. We have grown to become a leading technology and media company that strives to provide the very best in wireless, residential, and media to Canadians and Canadian businesses. Our shares are publicly traded on the Toronto Stock Exchange (TSX: RCI.A and RCI.B) and on the New York Stock Exchange (NYSE: RCI). If you want to find out more about us, visit about.rogers.com