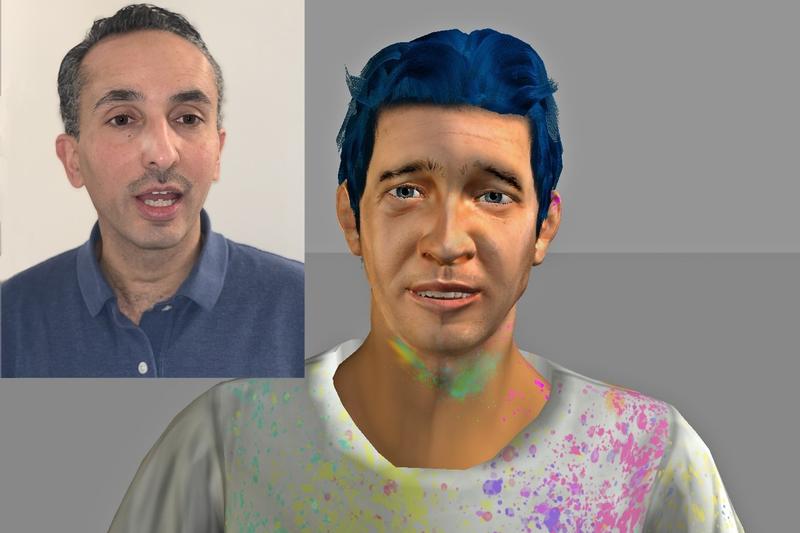 Researchers in SFU's School of Interactive Arts and Technology are developing AI Empathic Painter, which aims to create human-like behavior in computational systems.

Burnaby, BC, January 3, 2020--(T-Net)--The rapid advance of artificial intelligence (AI) begs a daunting question - will we ever achieve 'human-like' behavior in computational systems?

DiPaola's team showcased its work at a major AI conference—NeurIPS 2019— in Vancouver this past week. Their demo enables visitors to approach and converse with a 3D avatar chatbot, which creates an artistic portrait of the visitors inspired by their emotions and personality via the team's Empathy-based Affective Portrait Painter. 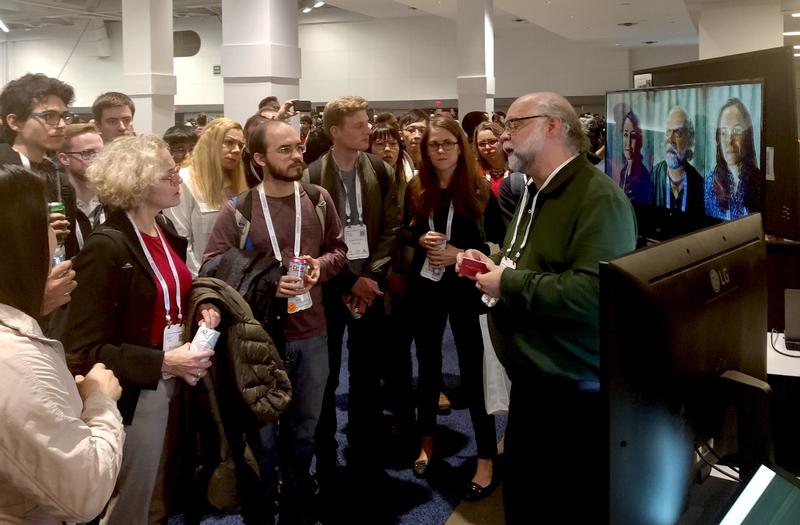 To achieve this, the researchers have combined their research in empathy-based modeling for AI character agents with machine learning models from the team's creativity artistic system.

With a host of gestural, motion and bio-sensor systems, the team's AI systems are designed to give coherent, empathy-based conversational answers via speech, expression and gesture.

"Using our special system, the AI avatar can, through conversation, evaluate the user words, facial expression and voice stress to make an empathetic evaluation—just as a human would be able to, about someone they are talking to," says DiPaola, a professor in the School of Interactive Arts and Technology (SIAT), whose team includes post-doctoral researcher Nilay Yalcin and PhD student Nouf Abukhodair.

Then the researchers take it a step further—using the Empathy-based Affective Portrait Painter to paint a unique portrait of the user, based on the empathetic evaluation. DiPaola's AI artwork has been showcased globally in such museums as New York's Museum of Modern Art and the Whitney Museum of American Art.

"The growing success of dialogue systems research makes conversational agents a perfect candidate for becoming a standard in human-computer interaction," explains Yalcin. "The 'naturalness' of communicative acts provides a comfortable ground for the users to interact with. There have been many advances in using multiple communication channels in dialogue systems, simulating humaneness in an artificial agent." 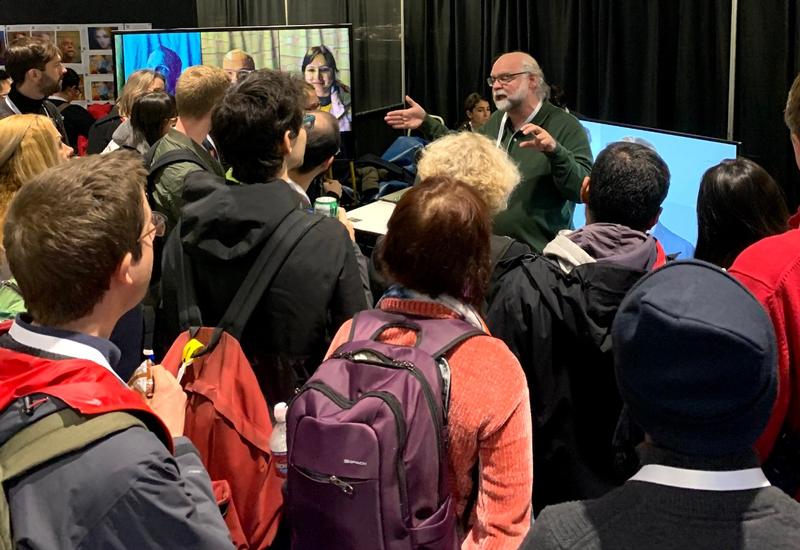 Steve DiPaola explains how his research is being applied across several industries, from e-health to entertainment.

DiPaola's and Yalcin's extensive research on empathy in AI is also addressing issues in a variety of industries, including e-health. In a collaborative project with the national AGE-WELL initiative, a helper AI conversational bot is being developed to assist the elderly in staying independent at home. Other applications are geared to the entertainment industry.

After premiering at the NeuroIPS conference, the AI Empathic Painter system will travel to Europe to be showcased in Florence in May 2020.