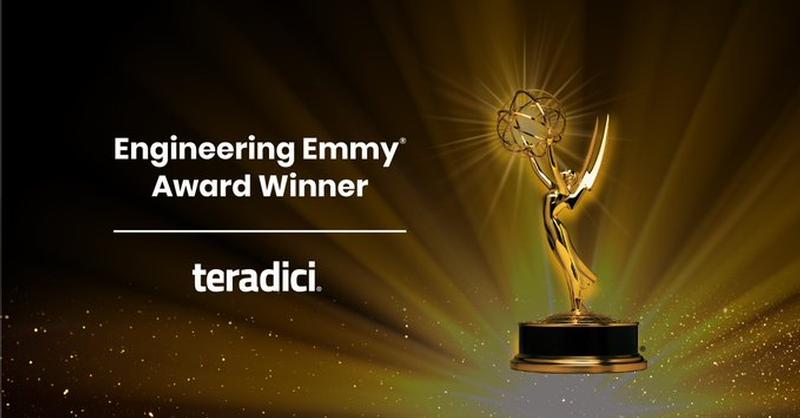 Burnaby, BC, October 13, 2020--(T-Net)--Teradici, the creator of industry-leading PCoIP® technology and Cloud Access Software, today announced that the company has been honored by the Television Academy with an Engineering Emmy® Award for Outstanding Achievement in Engineering Development.

The list of 72nd Engineering Emmy Awards recipients was announced by the Television Academy earlier today and the awards will be formally presented at a virtual ceremony to be held on October 29, which will be streamed at Emmys.com.

The Engineering Emmy Awards are presented to an individual, company or organization for engineering developments that considerably improve existing methods or innovations that materially affect the transmission recording or reception of television.

"We are honored to be recognized by the Television Academy for our work, especially in this year that has seen so much disruption for so many of our customers," said Dave Hobbs, co-founder and chief architect for Teradici. "Teradici's technology was recognized and embraced early by customers and partners in the media and entertainment industry, who have continually inspired us to refine our product and raise our own standards to meet their challenges and expectations. It has been a privilege to work alongside so many talented artists and producers over our history."

Teradici has specialized in providing remote access to workstations for over 15 years and is widely appreciated by media and entertainment customers for its ability to deliver an uncompromising user experience for graphics intensive workloads.

Artists and producers can work from home or anywhere they need to be, using Teradici Cloud Access Software to establish a secure remote access connection to workstations hosted in the studio, a private data center, or a public cloud. They connect from their choice of client device through the Teradici PCoIP protocol, and can use their display, keyboard, mouse, and peripherals like Wacom devices as if they were on a local machine, with the resolution and color fidelity they need to maintain the highest quality standards.

Visit the Teradici website for more information on how the company can help media and entertainment companies efficiently collaborate and manage media workloads from anywhere.

Teradici is the creator of the PCoIP® remote display protocol, which delivers virtual desktops and workstations from the data center or public cloud to end users with the highest levels of security, responsiveness, and fidelity. Teradici Cloud Access Software powers the most secure remote display solutions with performance that supports even the most graphics-intensive applications. Teradici technology is trusted by leading media companies, design houses, financial firms and government agencies and is deployed to more than 15 million users around the world.