Toronto, ON, October 22, 2020--(T-Net)--The Government of Canada announced today $710,000 in financial support for initiatives to be delivered by the National Angel Capital Organization (NACO) in both Western Canada and Atlantic Canada.

These initiatives will support the early-stage capital ecosystem and create new pathways to scale and growth for entrepreneurs. 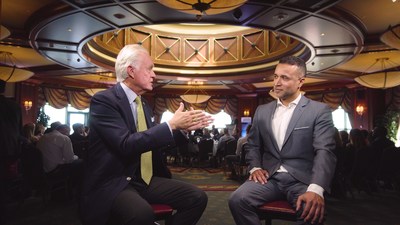 In Atlantic Canada, the Atlantic Canada Opportunities Agency (ACOA), will provide NACO with $210,000 to support formal and accessible angel investor and entrepreneur/startup education, increased investor connection and networking opportunities, and the development and dissemination of key industry insights and best practices.

According to NACO's recently released report on angel activity, angel investment continues to be unevenly distributed across Canada and critical "access to capital" gaps persist across the national landscape, hindering the emergence of high growth companies.

For example, this past year Central Canada (Ontario and Quebec) accounted for 86% of investments compared with 13% in Western Canada and 1% in Atlantic Canada.

Additional data compiled by Entrevestor on investment activity in Atlantic Canada shows an alarming decline in angel investment in the region with a drop in 2019 of more than 25% from the previous year, the lowest figure in three years. NACO is undertaking new initiatives to address these issues, in partnership with Canada's Regional Development Agencies, specifically Western Economic Diversification Canada and the Atlantic Canada Opportunities Agency.

"It is critical that we support job creation - in all regions and communities - that is resilient and sustainable over the long-term. When entrepreneurs have rapid access to capital in their local communities, they are better positioned to scale their companies into the job creation engines of the future. As long as regional funding gaps persist, we will continue to be faced with untapped potential as a country. By taking a collaborative approach, working in partnership with our national network of angel groups, we can increase access to capital for Canada's entrepreneurs by an order of magnitude. These newly announced initiatives are just the beginning." said Claudio Rojas, CEO, National Angel Capital Corporation (NACO).

"Entrepreneurs are the job creation engines of our local communities, bringing diversity to our economy, creating new solutions and commercializing big ideas. NACO is committed to supporting the development of a domestic supply chain of capital to fuel the growth and scale of Canada's entrepreneurs from coast to coast to coast. By supporting angel community development across Canada, NACO is focused on increasing knowledge and networks in emerging ecosystems including in non-urban centres." stated Sandi Gilbert, Chair of the Board, National Angel Capital Organization (NACO) and Managing Partner, InterGen (Calgary, AB).

"NACO continues to be an incredible advocate in the movement to increase access to capital for Canada's entrepreneurs in all regions across the country. We are proud to partner with NACO as they work to support the regional ecosystems in Western Canada and Atlantic Canada through new initiatives focused on mobilizing capital for entrepreneurs. We know the value that entrepreneurs in all regions and from all backgrounds bring to Canada's economic recovery. These investments to increase access to capital recognize the important role that angel investors can play in helping our entrepreneurs to succeed." said Mélanie Joly, Minister of Economic Development and Official Languages, Minister responsible for Western Economic Diversification Canada (WD) and Minister responsible for the Atlantic Canada Opportunities Agency (ACOA)

Over 20 years, the National Angel Capital Organization (NACO) has emerged as the bedrock of Canada's innovation economy and the only national platform for both angel investors and the innovation hubs that support Canada's entrepreneurs. NACO's growing membership of over 4200 angel investors, 45 incubators and accelerators, and 44 angel groups have pioneered the "access to capital" movement for Canada's entrepreneurs. Over the past decade, NACO members have invested more than $1 billion into more than 1500 Canadian companies.
www.builtbyangels.com.