"While 2020 has presented many unprecedented situations, the Thunderbird team continues to demonstrate resilience and adaptability. In March we successfully transitioned all 1000+ employees offsite without missing a beat; and in fact, our revenue has increased 41% over the prior year to $81.3 million," said Jennifer Twiner McCarron, CEO, Thunderbird.

"There is a strong demand for Thunderbird content, and we feel fortunate to be working in an industry experiencing accelerating trends. 2020 has also forced us all to look inward and challenge our assumptions around diversity and inclusion - Thunderbird is well positioned to deliver on this and I am proud of the steps we have made as a company, and will strive to continue to lead in this area." 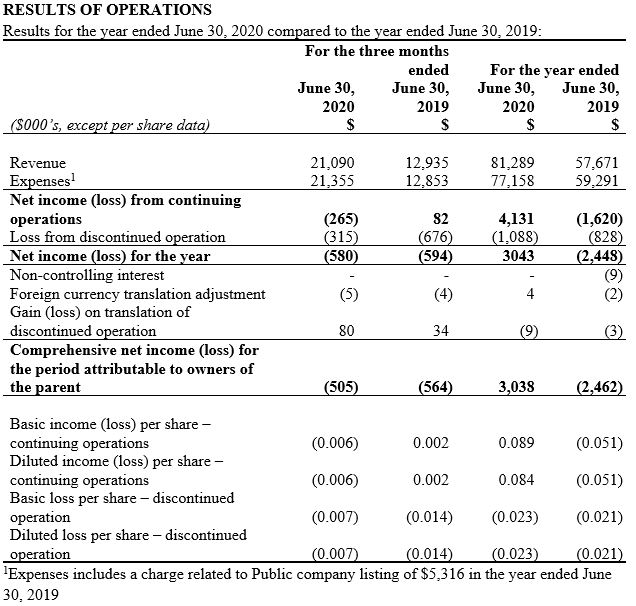 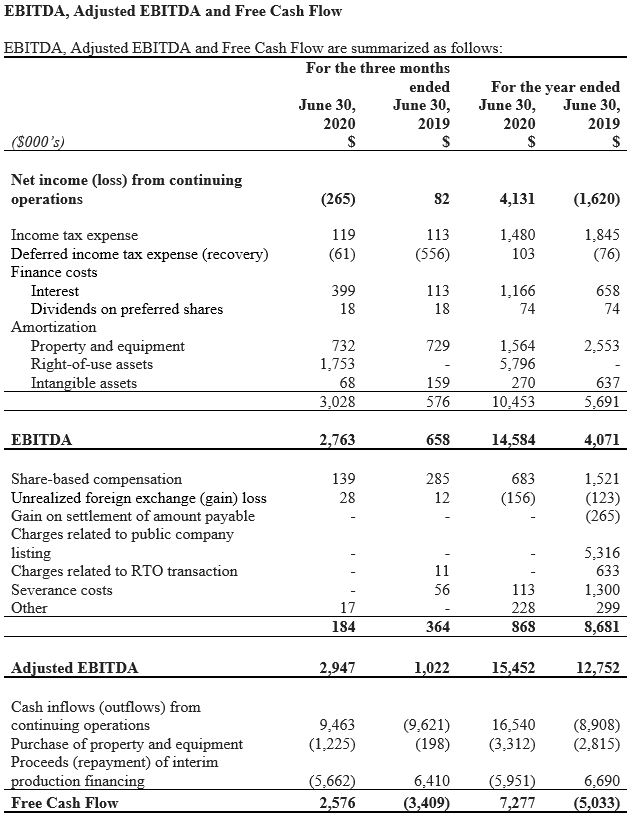 Forward-looking statements are necessarily based on a number of estimates and assumptions that, while considered reasonable, are subject to known and unknown risks, uncertainties and other factors which may cause actual results and future events to differ materially from those expressed or implied by such forward-looking statements. Such factors include, but are not limited to: general business, economic and social uncertainties; litigation, legislative, environmental and other judicial, regulatory, political and competitive developments; those additional risks set out in the Company's Filing Statement and other public documents filed on SEDAR at www.sedar.com; and other matters discussed in this news release. Although the Company believes that the assumptions and factors used in preparing the forward-looking statements are reasonable, undue reliance should not be placed on these statements, which only apply as of the date of this news release, and no assurance can be given that such events will occur in the disclosed time frames or at all. Except where required by law, the Company disclaims any intention or obligation to update or revise any forward-looking statement, whether as a result of new information, future events, or otherwise.