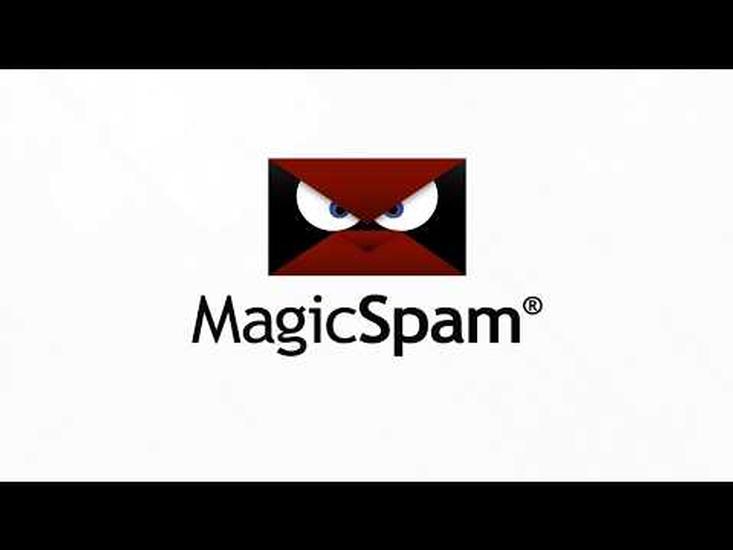 Latin America has grown to be the most promising emerging market for digital economies over the recent years, experiencing the highest amount of growth despite only being the fourth largest regional online market. Brazil leads the whole of Latin America by having invested close to $4 Billion USD in high-speed Internet infrastructure since 2015.

HostDime Brazil features significantly in the nation's strategy with their state-of-the-art data centers in São Paulo and Paraíba. HostDime Brazil is well positioned to attract Brazilian customers hosted abroad back home through their competitively priced hosting packages with comprehensive features including email.

Email remains the most essential form of communication for both individuals and
businesses with the number of global email users expected to grow from 3.9 billion to 4.48 billion users between 2019 and 2024.

"MagicSpam is proud to be the Email Security Partner to HostDime Brazil, after coming out on top of their thorough solutions review process. HostDime Brazil recognizes the importance of email and selecting MagicSpam proves their commitment to providing a high-quality and secure email service to not only Brazil but the whole of Latin America", stated the company in a release.

HostDime Brazil's CEO Filipe Mendes commented that, "The quality of services and infrastructure is the main focus of HostDime and we find MagicSpam the ideal tool to guarantee the highest level of email service for our partners. MagicSpam manages to combine economy, simplicity of management and robustness in a single tool".

Hosting providers, large and small from Latin America, are starting to take notice
of the attractive benefits in partnering with MagicSpam from the per-server pricing model to the reduction in volume of email related support.

MagicSpam, with over 200 partners located in 83 countries, continues to set their sights and focus their efforts to secure email in Latin America. The signing of HostDime Brazil as a MagicSpam Gold Reseller speaks to the importance of Latin America as a market and the opportunity in the region.

MagicSpam's Channel Manager Daniel Orlando said, "Brazil is one of the fastest growing countries in the world in terms of Internet applications. HostDime Brazil's goal is to increase the number of services and applications hosted in Brazil with their state-of-the-art data centers, products, and services. Now the strategic partnership will help HostDime to expand it's mission to provide secure services and to MagicSpam to increase email security in the region."

As the rate of email adoption continues to grow in Latin America, the cost of cybercrime in the region (estimated at $90Bn USD with Brazil accounting for $5Bn USD) is expected to grow alongside and become more prevalent.

Email is the number one attack vector for delivering not only spam but other email threats like business email compromise (BEC), phishing, and ransomware.

HostDime Brazil's Support Manager Itallo Ramon commented that "Spam is a problem for everyone's email service and Magicspam is the perfect tool to help HostDime Brazil partners get through this without any major problems. Easy installation usage and accuracy are excellent. In addition, reports are essential for strategic decision making for spam problems and control. This is a partnership that will bring many benefits."

MagicSpam is designed and priced on a per-server basis, providing spam protection for unlimited users and unlimited domains, protecting each mailbox for 'pennies per month'. With simple server wide policy and spam management, MagicSpam reduces overhead, bandwidth, support and problems for the email administrator.

For platforms where the MagicSpam PRO versions are available, it even allows individual end users to manage their own spam settings and offers other email security features, both inbound and outbound. And with the ever increasing cybercrime stopping spam and other email threats has never had more importance around the world.

MagicSpam's President/CEO Michael Peddemors stated, "Brazil is an exciting market and HostDime Brazil is poised to be a big part of the rapid growth in that region. We are proud to help protect their networks and customers. HostDime Brazil's GOLD reseller status exemplifies how important they are to us and to expanding Brazilian technology ecosystem. We see great things ahead from this important partnership."

The Brazilian technology ecosystem is becoming more mature and established with
every passing year. Brazil's efforts to invest heavily in high-speed Internet
infrastructure, provide tax incentives to IT and communication products manufacturers, and encourage local businesses to enter the digital market are all coming together to improve Brazil's competitiveness at not only the regional scale but on the International stage.

LinuxMagic® is the research and development arm of Wizard Tower TechnoServices Ltd. the number one Linux development house in the Pacific NorthWest for the past 10 years. The company enjoys a rich reputation as email and anti-spam experts and has developed commercial and OpenSource email and anti-spam technologies. It's years of servicing the ISP, Telco and Enterprise markets have enabled it to create solutions to industry pain points, and it's reputation for service and reliability amongst it's customer base is a great pride for staff and management.

MagicSpam® utilizes much of the same technology LinuxMagic® has developed for the ISP and Telco markets in it's industry leading Magicmail® email servers in use in high volume deployments throughout North America.