Vancouver, BC, November 25, 2020--(T-Net)--aDolus Technology has been crowned the winner of the 2020 New Ventures BC Competition, presented by Innovate BC. The Nanaimo-headquartered cybersecurity startup took home more than $135,000 in cash and prizes, including the $115,000 Innovate BC First Place Prize Package.

E-commerce startup Fable rounded out the top 3 and walked away with $35,000.

This year's competition received a record-breaking 240 applications. Since 2000, the Top 25 Finalists have gone on to raise over $860M in investment and create over 8,600 new jobs. Notable past alumni include AbCellera, Lumen5, Jane Software, and Cuboh.

aDolus Technology specializes in safeguarding against malicious software and firmware in smart devices. Their flagship FACT Platform simplifies software validation and can be used by organizations across any industry. aDolus is a graduate of Creative Destruction Labs and boasts an array of strategic partners, including the Department of Homeland Security.

This year's winners include:

In total, over $250,000 in cash and prizes were awarded during last night's Awards Show.

"This year's winners represent the defining traits of B.C.'s startup community - innovative, collaborative, and resilient. Whether it's tackling mental health challenges, developing sustainable power solutions, or protecting valuable company data, these companies are proof that the future of B.C.'s tech sector is as bright as it's ever been." said Angie Schick, Executive Director at New Ventures BC.

"Over the last 20 years, this competition has been a catalyst for accelerating the growth of the province's most promising tech ventures. Competition participants outperform market 36 times. On average, only 1% of startups close VC funding, yet 36% of competition participants do. I have no doubt that this year's finalists represent another wave of superstar startups that will raise the profile of British Columbia's world-leading tech sector and create good-paying jobs in communities across the province." stated Raghwa Gopal, President and CEO at Innovate BC. 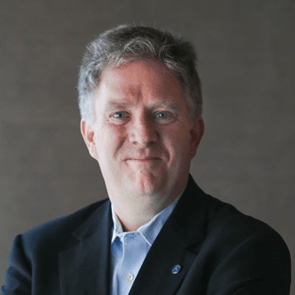 Eric J. Byres, CEO at aDolus Technology said "We are extremely thrilled to have won the 2020 New Ventures BC Competition. We loved being part of the NVBC processand learning about what other local tech companies are doing to make a positive difference in the world. We're grateful for all of the support and look forward to continuing our steady growth for years to come."

New Ventures BC (NVBC) was initiated 20 years ago to support early stage tech startups. As a non-profit, they run the annual New Ventures BC Competition, a Distance Venture Acceleration Program, and the ISI grant program. Visit New Ventures BC

Innovate BC is a Crown agency with a mandate to help strengthen entrepreneurship development, increase company growth, and support job creation, ensuring the benefits of technology and innovation are felt around the province, including rural, northern, and indigenous communities. The Crown agency funds and delivers programs that support the growth of the B.C. economy by helping companies start and scale up into anchor companies, train talent that meets labour market needs, and encourage technology development, commercialization, and adoption. Visit Innovate BC