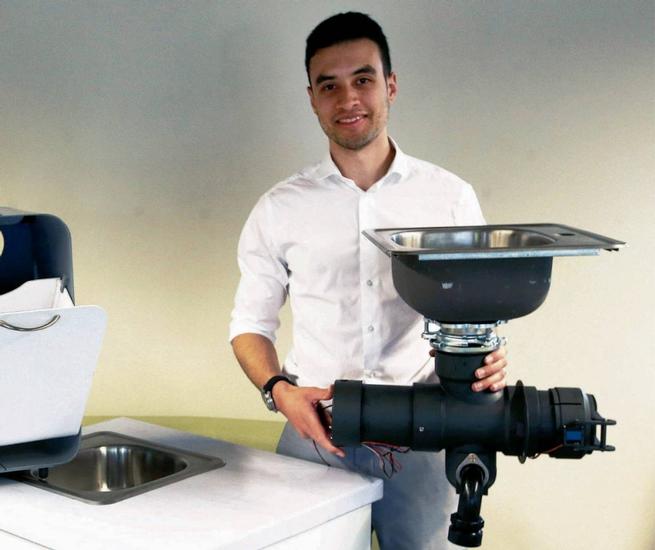 Vancouver, BC, December 11, 2020--Victor Nicolov got an early Christmas present last week, when Time magazine named the Sepura home-composting system one of its 100 inventions of the year. Nicolov, chief executive of ­Victoria-based Anvy Technologies, also has his eye on the bigger prize of sending out the first shipment of his Sepura system early in the new year. The Sepura system, which Nicolov started developing in 2018, is a smart device that attaches to a kitchen sink and acts as a filte