Squamish, BC, December 17, 2020--(T-Net)--Carbon Engineering has announced that Amy Ruddock has joined their Executive Team as VP Europe.

Amy will bring her extensive experience in aviation and corporate sustainability to build and progress CE's business in Europe and the UK.

Amy was previously VP Corporate Development and Sustainability at Virgin Atlantic, and prior to that spent 10 years at BCG in the Consumer Practice Area, leading projects on topics ranging from strategy to transformation; operations to commercial, working across Europe and the USA. She holds a PhD from the University of Cambridge in physical chemistry and natural sciences.

Carbon Engineering's CEO, Steve Oldham, said, "Amy Ruddock will be an excellent addition to our executive team as we grow our business in the European and UK markets. Our vision is to lead the world in the large-scale removal of carbon dioxide from the air, utilizing Direct Air Capture technology to help meet net zero goals through applications such as permanent carbon removal and production of sustainable aviation fuels. With our growing network of global partners, including Pale Blue Dot Energy in the UK, we've already seen great progress in this region and Amy will be key to further expanding our presence and building on this momentum. Her highly relevant background and demonstrated commitment to helping organizations reach their carbon mitigation goals make her a fantastic fit."


Founded in 2009, CE is a Canadian-based clean energy company focused on the deployment of Direct Air Capture (DAC) technology that captures carbon dioxide (CO2) directly from the atmosphere so it can be permanently stored deep underground or used to produce clean, affordable transportation fuels. From a pilot plant in Squamish, British Columbia, CE has been removing CO2 from the atmosphere since 2015 and converting it into fuels since 2017. Today, with its partner 1PointFive, CE is engineering a commercial scale DAC facility that will capture one million tons of CO2 per year, equivalent to the work of 40 million trees. More information can be found at www.carbonengineering.com.

Learn more below about Amy's career, how her scientific background has served her well in corporate roles, and what excites her about the field of Direct Air Capture. 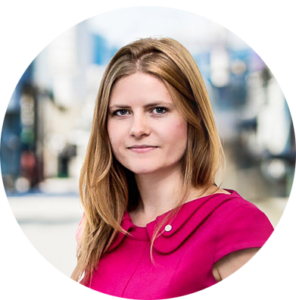 Can you tell us about your career progression and focus to date?

At University I studied natural sciences, focusing on physical chemistry and then completed a PhD in solid state electrochemistry. We created sensors to detect hydrocarbons in ultra high vacuum for use in silicon chip processing. I found the part I enjoyed most was structuring the problem, hypothesising and designing analyses which led, after graduation, to a step into consulting. Before I joined the Boston Consulting Group, I spent a year in Spain learning Spanish and teaching English.

Over 10 years at BCG I worked across EMEA and North America, largely focusing on aviation. A few memorable highlights were working on Iceland's national tourism strategy, which entailed 6 months of living in Iceland over both a summer and winter season; designing and then implementing a pricing and discounting strategy for a media company whilst based in New York; and working with a Saudi Arabian client to commercialize their aviation assets. I was a senior leader of our Women@BCG and Family@BCG initiatives - a passionate advocate of bringing yourself to work and creating an environment and the flexibility where everyone can thrive. I left BCG after my second maternity leave to join an ex-client, Virgin Atlantic.

At Virgin I was VP Corporate Development and Sustainability. I looked after Corporate Strategy, Government Affairs, Heathrow Expansion and Sustainability. It was a new function which meant bringing together existing teams and hiring new roles and aligning them to a team mission. In the role I worked closely with the exec team and with counterparts at Delta (49% shareholder) and Virgin Group (51% shareholder). Back in Q1 2020 we were working on a refreshed carbon strategy, including targets, SAF RfP and CORSIA projects and planning for growth at London Heathrow's third runway, including our "Britain's Second Flag Carrier" campaign. In March as COVID hit my focus shifted towards recapitalizing and restructuring the airline - in August we announced the £1.2bn solvent recapitalization and a very different shape for the coming years.

How does your background as a Chemical Physicist influence your approach to business and corporate development?

Being a scientist confers the ability to think in a very logical and structured way about every challenge you face. It's an extremely powerful skill when working with ambiguity as is common for business and corporate development. I brought that skill to consulting, where I honed it. Faced with a lot of information and multiple potential paths I know to step back, pose the questions, set my hypothesis, then test, learn and iterate. To thrive I seek and build diverse teams. Someone with an arts, humanities or applied background will look at things in a different way to me, challenge my framing and often encourage me to brainstorm more freely before constraining.

What excites you most about the field of Direct Air Capture?

The greatest challenge we will face in my lifetime is climate change. I want, and frankly need, to be part of the solution - I couldn't get motivated if I weren't using my skills to make a difference. I started that at Virgin Atlantic and a very natural and exciting next step for me is to join Carbon Engineering. Thinking about the end goal, carbon removal is essential, to balance the hard to decarbonise sectors and to remove legacy emissions if we're to achieve no more than 1.5 degrees warming. Direct Air Capture offers permanence, scalability, relatively low demand for land. And now is the time to be involved when technology and business model innovation is key to success.

What drew you to Carbon Engineering?

My reasons broadened the more I learned:

(1) A mission completely aligned to my career and personal goals.
(2) Outside-in I saw the company as willing to innovate and nimble in doing so. Licensing technology being a clear example.
(3) I saw huge opportunity to grow UK and Europe without an office present here.
(4) The more I got to know the team through the process, the more inspired I was and the more I wanted to work with everyone. I look forward to what we can achieve together.