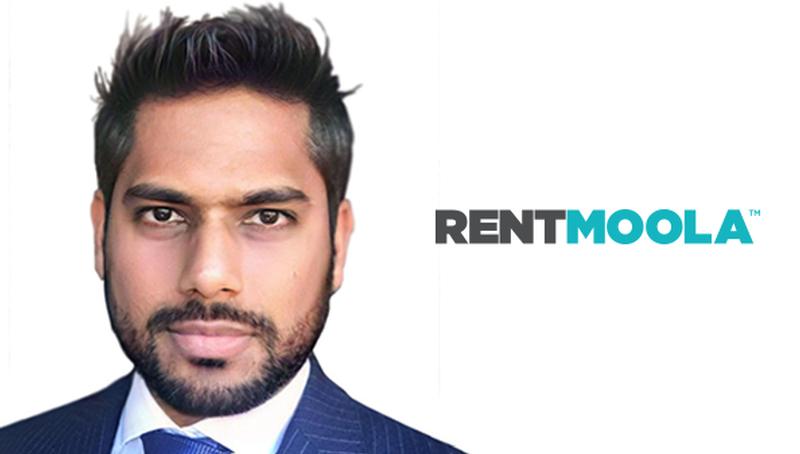 Vancouver, BC, February 12, 2020--(T-Net)--RentMoola Payment Solutions Inc. (RentMoola) announced that transformational leader, Karthik Manimozhi, has been named its Chief Executive Officer and appointed to their Board of Directors.

The company reported in a release that the hiring serves as a critical milestone for RentMoola in its plans to continue aggressive growth and global expansion.

Karthik Manimozhi was most recently the Executive Vice-President (Worldwide Sales) of Kyriba, a world-leading cloud platform focused on treasury management solutions based in San Diego, California.

"In Karthik, we have found a real star - a young executive who has consistently over-achieved at every stop, whether with large, global technology firms, or with smaller, more focused players," said Craig Burrows, Co-Founder and CEO of TriView Capital, who serves as Chairman of the RentMoola Board of Directors.

"We are thrilled to have a leader steeled by competition, someone who builds relationships as well as he builds companies added to our RentMoola team."

At Kyriba, Manimozhi built and managed the teams that tripled global revenues, resulting in a quintupling, in value of the company in under four years, to $1.2 Billion.

With a 20-plus-year international management track record, Manimozhi was originally handpicked out of Citibank India to SAP Europe where he managed several vital businesses ranging from a few hundred million to several billion in enterprise software revenues, across Europe, the Americas, and Middle-East.

Karthik served as Chief of Ecosystem and Executive Director, SAP Americas where he helped deploy a diverse ecosystem to build a billion-dollar channel business. He continued in executive positions at 1-Page as President and COO and DELL EMC as Chief of Worldwide Sales. He also served as Chairman of the Board for Nexus Payments.

"I was drawn to this company's board by its impressive, leading technology and can clearly see the opportunity we have before us in the global commercial real estate market," said Maureen Ehrenberg, Head of Global Real Estate Operations and Services at WeWork, and RentMoola's newest Board of Directors member. "Karthik is the kind of leader who can capitalize on those opportunities and help ensure an incredible customer and business partner experience, expanding our market presence globally."

"RentMoola has an amazing opportunity in front of it, one where we can take this platform and leverage it to grow existing business while capturing new markets around the world," said Karthik Manimozhi. "Our mission is to empower customers to take control of their finances through a simple, efficient and secure solution that is incredibly effective."

RentMoola is partnered with Ayrshire Real Estate Management Inc. (Ayrshire) that made a significant minority investment in the company in June 2019.

RentMoola partners with property managers and property owners across North America to deliver an innovative rent payment and accounts receivable solution. The technology makes it simple and easy to quickly collect rent and reconcile all payments. Tenants benefit from a choice of payment methods, including online, telephone and in-person.