Revenues, number of employees and exports continue to climb

Vancouver, BC, February 18, 2020--(T-Net)--British Columbia's Cleantech sector has grown in the last three years as the world looks for sustainable solutions to address climate change and environmental risks, finds a new report on the sector from KPMG in Canada.

"This report confirms that BC Cleantech is a dynamic, rapidly growing, highly diversified sector of the BC economy," says Jonathan Rhone, Chair of the BC Cleantech CEO Alliance. "Over the past decade, BC Cleantech has not only established itself as a global leader in delivering solutions to address the world's toughest energy and environmental problems, it has proven itself as an economic powerhouse of investment, employment and prosperity for British Columbians."

The report finds the BC sector is increasingly export-oriented, with 87 per cent of revenues forecast to be generated outside of the province in the next three to five years. The sector is also diversified across a wide range of markets, including power generation, transportation, oil and gas, mining, chemicals, pharmaceuticals, and agriculture. 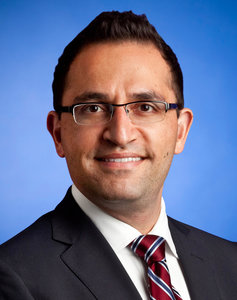 "This diversity not only reflects the breadth and depth of the sector but also the scale of the global market for Cleantech, which is now estimated at more than $3 trillion," says George D. Kondopulos, Partner and GVA Industry Leader for Technology, Media & Telecommunications, KPMG in Canada.

"As our findings show, the amount of equity capital being invested into companies in the province continues to accelerate and the amount of government funding, through a variety of programs, also continues to support this important and thriving sector. It is a privilege to support a sector that is having such a profound impact on the sustainability and quality of life of British Columbians, Canadians and everyone around the world. It will only continue to grow as a significant employer and economic driver in the province".

The report found that companies in BC have raised over $7 billion in investment since inception, an increase of nearly $3 billion from the 2016 Status Report.

"British Columbia is home to the largest clean tech sector in the country," says The Honourable Jonathan Wilkinson, federal Minister of Environment and Climate Change. "This report confirms Canadians are succeeding in building a thriving, prosperous, export-oriented clean tech industry. The Government of Canada is proud to support these important innovations, through the investment of over $3 billion - which ensures we are effectively supporting companies and projects in the transition to a clean economy."

KPMG in Canada partnered with the BC Cleantech CEO Alliance for the third time, to develop this BC Cleantech 2019 Status Report. The report draws comparisons with results of similar surveys conducted in 2011 and 2016. The objectives of the survey are to benchmark the size and growth of the industry, assess change since 2016 and provide valuable insights for evaluating, advocating and monitoring the growth and development of the industry in British Columbia.

This status report has been developed based on an online survey sent to all active Cleantech firms identified in the province - 293 firms in total. The survey commenced in January 2019 and a total of 92 companies responded.

About the BC Cleantech CEO Alliance

The BC Cleantech CEO Alliance ("the Alliance") is a community of leading BC Cleantech CEOs and entrepreneurs committed to scaling-up large cleantech companies and ensuring British Columbia is a global leader of cleantech innovation to address the world's most difficult energy and environmental challenges.

About KPMG
KPMG LLP, an Audit, Tax and Advisory firm (kpmg.ca) is a limited liability partnership, established under the laws of Ontario, and the Canadian member firm of KPMG International Cooperative ("KPMG International"). KPMG has over 7,000 professionals/employees in over 40 locations across Canada serving private and public sector clients. KPMG is consistently recognized as an employer of choice and one of the best places to work in the country.