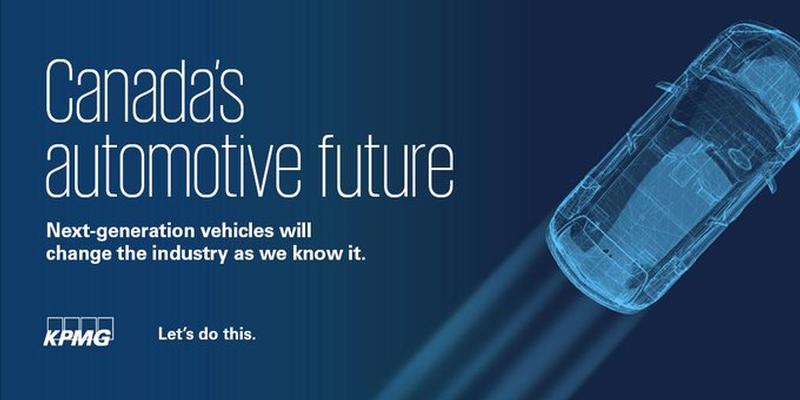 Vancouver, BC, February 28, 2020--(T-Net)--Canada's automotive industry needs to brace itself for massive transformation over the next decade for it to remain a key driver of the country's economy, says a new KPMG in Canada report.

"The change is going to be dramatic, even in the next five years," says Peter Hatges, Partner and National Automotive Sector Leader for KPMG in Canada. "Canada can really play a leading role in this transformation."

Released to coincide with the 2020 Canadian International AutoShow, the KPMG report called Canada's automotive future: Next-generation vehicles will change the industry as we know it, explores the state of the industry, what the future holds, and offers key considerations for Canadian automakers, governments, educational institutions, and other industry stakeholders.

Anyone who relies on internal combustion engine (ICE) vehicles for their livelihood is advised to think hard about the looming future, lest they be stuck in an industry of the past. And, if current predictions are realized, annual global production of electrified vehicles (EVs and hybrids) by the top 12 OEMs will reach as many as 13 million by 2025.

"How we build cars, how they're supplied, what components go into them, how we maintain them - these will all be completely overhauled," says Mr. Hatges. "And, with all the automated capabilities that these cars will have, you'll have a second impact where cars and roads will be a lot safer. The change won't happen overnight, and OEMs will continue to invest in ICE-vehicle technology, but the industry, as we know it, will be turned upside down. It's like going from horses-and-buggies to cars. Everything is going to be different."

The report highlights the critical changes affecting all aspects of the industry, including:

"Our ability to build an electric car in Canada is well-advanced," says Mr. Hatges. "It's no longer a groundbreaking product. The biggest issues now are the costs of electric cars and the infrastructure and ecosystem needed to support them. But, prices will go down as adoption goes up, especially as people factor in the reduced lifetime cost of not having to fill up for gas. Eventually people will be able to charge their car at home and near almost any destination."

ABOUT KPMG IN CANADA

KPMG LLP, an Audit, Tax and Advisory firm (kpmg.ca) is a limited liability partnership, established under the laws of Ontario, and the Canadian member firm of KPMG International Cooperative ("KPMG International"). KPMG has more than 7,000 professionals/employees in over 40 locations across Canada serving private- and public-sector clients. KPMG is consistently recognized as an employer of choice and one of the best places to work in the country.