Vancouver, BC, March 10, 2020--(T-Net)--Thunderbird Entertainment Group Inc. (TSXV:TBRD) announced this morning that it has been named to Fast Company's prestigious annual list of the World's Most Innovative Companies for 2020. The Company has earned the standing of #9 in the Film and Television category.

The list honors the businesses making the most profound impact on both industry and culture, showcasing a variety of ways to thrive in today's fast-changing world. This year's MIC list features 434 businesses from 39 countries. 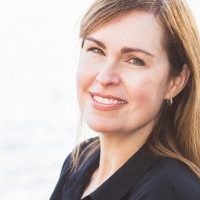 "We are thrilled and humbled to be recognized by Fast Company as one of the most innovative companies in the world. Our mission is to produce premium, socially responsible content that makes the world a better place, and this achievement is a testament to the entire Company's shared commitment to making this happen," says Jennifer Twiner McCarron, CEO of Thunderbird Entertainment. "We look forward to continuing our work and bringing to light new, compelling stories that not only break ground onscreen, but also behind-the-scenes."

Focused on diversity and inclusion, Thunderbird has championed several programs aimed at increasing representation in the television industry of underrepresented and minority groups, including women and Black and Indigenous People of Color (BIPOC) both onscreen and off.

Thunderbird Entertainment is a global, content production company that develops, produces and distributes animated, factual, and scripted content through its various divisions, including Thunderbird kids and family (Atomic Cartoons), Thunderbird factual (Great Pacific Media) and Thunderbird Productions. The Company has offices across North America, and is continuing to scale up both its owned-IP slate and its capacity to provide premium content to trusted media partners worldwide. Most recently, this includes the opening of a third animation studio in Los Angeles, one of the world's largest media markets, which enables Atomic Cartoons to house 880 crew members across its three animation studios.

In the past year, Thunderbird says it has made steady progress across all divisions, delivering excellent operational results while also continuing to build a mission and values-focused organization.

Additional highlights of the past year include:

Fast Company's editors and writers sought out the most groundbreaking businesses on the planet across a myriad of industries. They also judged nominations received through their application process.

The World's Most Innovative Companies list is Fast Company's signature franchise and one of its most highly anticipated editorial efforts of the year. It provides both a snapshot and a road map for the future of innovation across the most dynamic sectors of the economy.

"At a time of increasing global volatility, this year's list showcases the resilience and optimism of businesses across the world. These companies are applying creativity to solve challenges within their industries and far beyond," said Fast Company senior editor Amy Farley, who oversaw the issue with deputy editor David Lidsky.

Fast Company's Most Innovative Companies issue (March/April 2020) is now available online at fastcompany.com/most-innovative-companies/2020, as well as in app form via iTunes and on newsstands beginning March 17, 2020. The hashtag is #FCMostInnovative.

Fast Company is the only media brand fully dedicated to the vital intersection of business, innovation, and design, engaging the most influential leaders, companies, and thinkers on the future of business. Since 2011, Fast Company has received some of the most prestigious editorial and design accolades, including the American Society of Magazine Editors (ASME) National Magazine Award for "Magazine of the Year," Adweek's Hot List for "Hottest Business Publication," and six gold medals and 10 silver medals from the Society of Publication Designers. The editor-in-chief is Stephanie Mehta and the publisher is Amanda Smith. Headquartered in New York City, Fast Company is published by Mansueto Ventures LLC, along with our sister publication Inc., and can be found online at www.fastcompany.com.