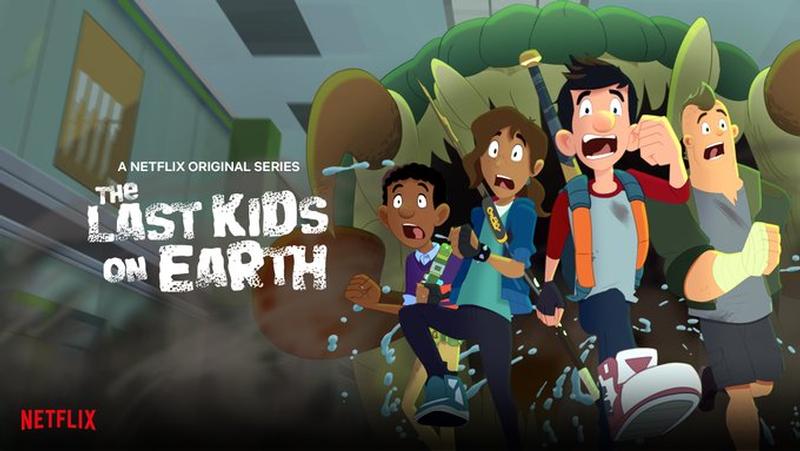 Produced by Vancouver-based Atomic Cartoons, Thunderbird's kids and family division, Season Two consists of 10 brand new episodes, expanding on the familiar youth property that audiences know and love around the world, brimming with friendship, incredible adventures, and cool monsters. The series will stream in 28 languages in 190 countries.

Season Two of The Last Kids on Earth follows a global toy and merchandise line, which the Company developed with JAKKS Pacific Inc. and Cyber Group Studios, that launched online and at select retailers earlier this year.

Retail chain Hot Topic also recently debuted apparel through a "print-on-demand" t-shirt line, which is available at hottopic.com. The Company is also in production with Outright Games on a video game based on the intellectual property (IP), which is scheduled to debut in 2021. The latest installment in the book series, June's Wild Flight, which was released earlier this month on April 7, will debut in the #4 spot on the New York Times bestsellers list for children's series on April 26, 2020.

The Company acquired the rights for Penguin Random House's New York Times best-selling book series The Last Kids on Earth in 2017, and the animated series premiered with a 66-minute special episode in September 2019. In addition to the 10 new episodes being released for Season Two, more episodes are already in production, including an interactive episode.

"The Last Kids on Earth series exemplifies the high-quality, internationally recognized content that Thunderbird Entertainment is creating at a time when the demand for premium content continues to grow," says Brian Paes-Braga, Chairman, Thunderbird Entertainment Group. "This series represents years in the making and Jennifer Twiner McCarron, Matthew Berkowitz and the entire team have done a tremendous job on it. Our IP for The Last Kids on Earth has inspired a host of exciting extensions, including a toy line, t-shirt line, and video game - all of which illustrate the blue-sky opportunity before us. We are excited to see how fans react to Season Two. We hope they love it as much as we do."

Based on the best-selling book series of the same name by Max Brallier, The Last Kids on Earth animated series follows 13-year-old Jack Sullivan and a band of suburban middle schoolers who live in a decked-out tree house, play video games, gorge themselves on candy, and battle zombies in the aftermath of the monster apocalypse. Brallier is attached to the series as creator, and Scott Peterson is the showrunner.

Matthew Berkowitz, Chief Creative Officer at Thunderbird and Atomic Cartoons, is an executive producer alongside Jennifer Twiner McCarron, the dual CEO of both Companies.

"While we have fun with monsters and zombies in the show, The Last Kids on Earth is ultimately a story about friendship and hope amongst a group of middle schoolers facing unbelievable odds. We are thankful it has resonated with so many fans around the world," explains Berkowitz. "We're also fortunate to work with such an incredibly talented creative team on Last Kids, and grateful to have such fantastic partners on this series."