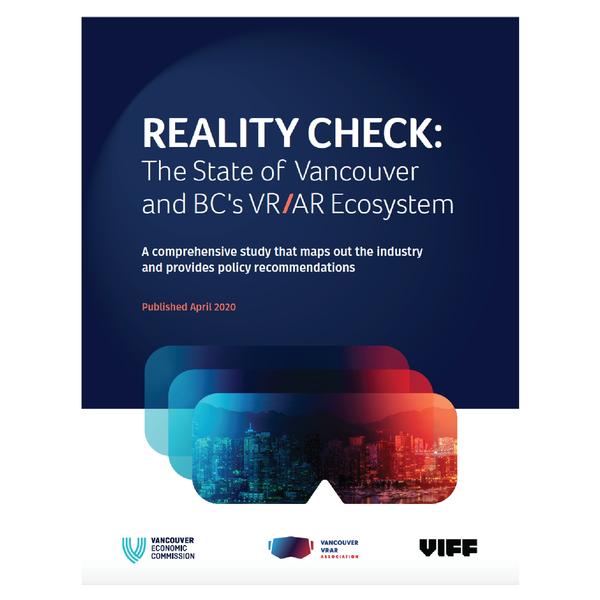 The study aims to deepen the understanding of the VR/AR ecosystem, looking at jobs, revenue, talent and investment. The challenges and opportunities identified will be used to inform the public, the VR/AR community and the federal and provincial governments.

In today's COVID-19 world, both human connection and personal distance are essential day-to-day requirements to keep our economies alive and populations safe. There's very little we can say for certain, but the way we connect and communicate has likely changed forever. The enhanced volumetric and interactive experiences built today will change the way we interact tomorrow.

"Virtual reality and augmented reality technologies can help defy distance and bring us closer together," said Dan Burgar, Co-President of the Vancouver VR/AR Association. "Real-time collaboration through telepresence, virtual tourism, virtual classes and virtual events are just small samples of how VR/AR technologies can connect people in the comfort of their own homes."

Right now, Vancouver is recognized as a leader in the world's VR/AR ecosystem with more than 230 immersive technology companies in 2019. Second only to the Bay Area/Silicon Valley, the region has established this reputation in a relatively short period of time. While some of these companies are being affected by COVID-19 and this industry is still in its growth stage, it's essential that it gets the support and infrastructure to stay ahead.

The Study's Key Findings are:

At present, BC's VR/AR companies provide platforms for a variety of sectors such as health and medical devices, tourism, real estate, games and entertainment, aerospace and defense, natural resources, transportation, and arts and culture (to name a few). The need to build infrastructure, community and investment has never been timelier.

"For an industry that is projected to deliver a $1.5 trillion boost to the global economy by 2030, it is more important than ever to build the supporting infrastructure that will cultivate the innovation needed to capture this opportunity," said Alex Chuang, Co-President of the Vancouver VR/AR Association.

"Vancouver and BC have one of the top VR/AR talent pools in the world because of our 40-year legacy in VFX, film and gaming, and we must continue to improve our global competitiveness and leadership position."

"For this technology to provide economic benefits, it first needs major infrastructural support through government initiatives and investments. BC is playing a leading role in bringing solutions to the global market but in order for the ecosystem to continue to thrive and sustain the leadership, there will need to be major injection of funding, acquiring talent and export development - to name a few. The ingredients are all here; it's time for us to get real about the VR/AR industry", said the association in a release.