Burnaby, BC, June 1, 2020--(T-Net)--General Fusion has announced the appointment of clean energy pioneer George (Chip) A. Hambro to its Board of Directors.

He joined early stage start-up First Solar in 2001 and as General Manager, and later Chief Operating Officer, was instrumental in leading the turn-around, technology development, and scale up of the company through its successful IPO transition to a publicly traded company.

First Solar is now the largest photovoltaic solar manufacturer in the western hemisphere. He retired from day to day operations in 2009 and now chairs their Technology Committee, while also refocusing on other essential elements of a practical decarbonized energy industry. 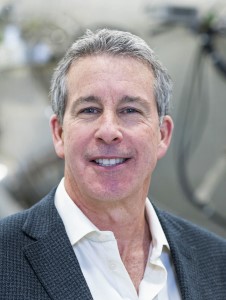 "I've been chasing the promise of renewable energy most of my career, and despite great success in this space with solar energy, most renewables cannot serve as effective grid baseload," said Mr. Hambro. "General Fusion is the abundant, clean, and economic baseload of the future."

He is currently an Operating Partner at True North Venture Partners where he serves on the board of portfolio company Aquahydrex. Mr. Hambro recently retired from the board of View Inc, the world's largest electrochromic glass window manufacturer.

"Chip brings exceptional experience successfully scaling up and commercializing a leading clean energy technology," said Chief Executive Officer Chris Mowry. "This experience will bring important new business strategy expertise to the General Fusion Board at a time when we are also scaling up our operations to deploy the Fusion Demonstration Plant."