- Combined Company Will Operate as Chinook Therapeutics and Advance Pipeline of Clinical-Stage Programs in Kidney Diseases, Led by Atrasentan and BION-1301 in IgA Nephropathy

- Combined Company Will be Well-Funded With Cash Position of ~$200 Million Expected at Closing, Including $25 Million in Additional Investment Committed by Chinook's Existing Investors

Aduro will acquire all of the outstanding capital stock of Chinook in exchange for shares of Aduro common stock representing approximately 50 percent of Aduro's outstanding common stock immediately following completion of the transaction.

The combined company is expected to have approximately $200 million in cash, cash equivalents and marketable securities at closing, including $25 million in additional financing committed by Chinook's existing investors. Following closing, which is expected to occur in the second half of 2020, Aduro will be renamed Chinook Therapeutics, Inc., and is expected to trade on the Nasdaq Global Market under the ticker symbol "KDNY".

The combined company's pipeline will include:

The combined company plans to advance its pipeline through multiple clinical trials, including the following milestones anticipated over the next 12-18 months:

Immediately prior to the closing of the proposed merger, Aduro stockholders will be issued contingent value rights representing the right to receive certain cash payments from proceeds received by Aduro, if any, related to its non-renal assets for a period of ten years following closing.

"After an extensive and thorough review of strategic and potentially transformative options for Aduro, we are very pleased to announce a proposed merger with Chinook," said Stephen T. Isaacs, chairman, president and chief executive officer of Aduro. "We believe the combined company's strong pipeline, near-term milestones, seasoned leadership team and focus on kidney diseases offer an excellent opportunity to benefit patients and provide value to our stockholders." 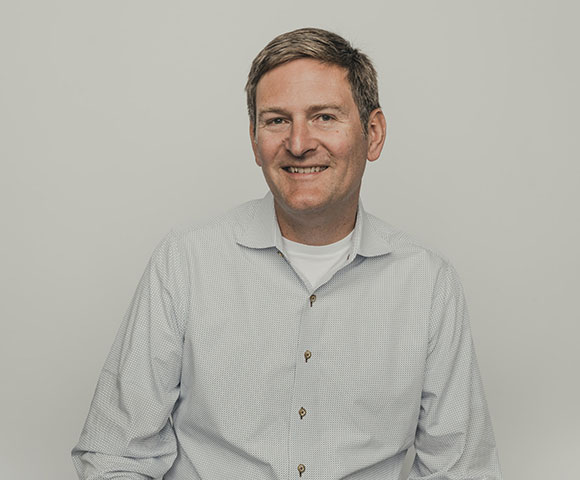 "The proposed merger with Aduro is a unique opportunity for Chinook to build a leading company in the kidney disease space, particularly by pursuing complementary approaches to treating IgA nephropathy with both atrasentan and BION-1301," said Eric Dobmeier, president and chief executive officer of Chinook Therapeutics.

"The combined company will have the demonstrated expertise and strong balance sheet to advance its three lead programs towards multiple anticipated milestones over the next 12 to 18 months. I'm grateful to our existing investors, Versant, Apple Tree and Samsara, for their ongoing support and the additional capital they've committed to help build Chinook and advance our pipeline of novel product candidates for rare, severe chronic kidney diseases."

About the Proposed Merger

Pursuant to the merger agreement, Aduro will acquire all of the outstanding capital stock of Chinook in exchange for the issuance of newly issued shares of Aduro common stock upon closing, subject to the satisfaction or waiver of customary closing conditions, including the receipt of the required approval of the Aduro stockholders and Chinook stockholders.

Upon completion of the merger, Aduro's then-current equity holders and the former Chinook equity holders will each own approximately 50 percent of Aduro's common stock, calculated on a fully diluted basis, based upon an expected Aduro net cash balance of $145 million and expected Chinook cash and cash equivalents of $10 million at closing, but subject to adjustment for each company's actual balances at closing.

Chinook's existing investors have also committed to invest an additional $25 million in convertible notes prior to closing, which will convert into Aduro common stock following the merger.

Each of Versant Ventures, Apple Tree Partners, Samsara BioCapital, Abbvie, Inc., Morningside Venture (VI) Investments Limited, Morningside Foundation and Ultimate Keen Limited, as well as the directors and certain officers of both companies, representing a total of approximately 85% of the outstanding stock of Chinook and approximately 22% of the outstanding stock of Aduro, have signed support agreements committing to vote in favor of the transaction and lock-up agreements restricting transfers of the combined company's stock for 180 days post-closing.

The transaction has been unanimously approved by the board of directors of both companies. The combined company will be headquartered out of Chinook's existing facilities in Vancouver, BC and Seattle, Washington.

Effective as of the closing of the transaction, Eric Dobmeier will be the president and chief executive officer of the combined company. Senior leadership of the combined company will also include Tom Frohlich as chief business officer, Alan Glicklich, M.D., as chief medical officer, Andrew King, D.V.M., Ph.D., as head of renal discovery and translational medicine and Renata Oballa, Ph.D., as vice president of chemistry. In connection with the merger, Stephen T. Isaacs, chairman, president and chief executive officer of Aduro, will be stepping down.

Aduro Biotech, Inc. is a clinical-stage biopharmaceutical company focused on the discovery, development and commercialization of therapies that are designed to harness the body's natural immune system for the treatment of patients with challenging diseases. Aduro's product candidates in the Stimulator of Interferon Genes (STING) and A Proliferation Inducing Ligand (APRIL) pathways are being investigated in cancer, autoimmune and inflammatory diseases. ADU-S100 (MIW815), which potentially activates the intracellular STING receptor for a potent tumor-specific immune response, is being evaluated in combination with KEYTRUDA® (pembrolizumab), an approved anti-PD-1 monoclonal antibody, as a potential first-line treatment for patients with recurrent or metastatic squamous cell carcinoma of the head and neck (SCCHN). BION-1301, an investigational humanized IgG4 monoclonal antibody that blocks APRIL binding to both the BCMA and TACI receptors, is being evaluated in IgA nephropathy. Aduro is collaborating with a number of leading global pharmaceutical companies to help expand and drive its product pipeline. For more information, please visit www.aduro.com.

This communication is for informational purposes only and does not constitute a recommendation, an offer to sell or solicitation of an offer to buy any securities, nor will there be any sale of securities in any jurisdiction in which such offer, solicitation or sale would be unlawful prior to registration or qualification under the securities laws of any such jurisdiction.

Important Information and Where to Find It

This communication may be deemed to be solicitation material in respect of the proposed transaction between Aduro and Chinook. In connection with the proposed transaction, Aduro intends to file relevant materials regarding the transaction with the Securities and Exchange Commission ("SEC") and otherwise provide such materials to its stockholders, including a registration statement on Form S-4 that will contain a proxy statement, prospectus and information statement. This communication is not a substitute for the proxy statement, prospectus, information statement or any other document that may be filed by Aduro with the SEC. BEFORE MAKING ANY VOTING OR INVESTMENT DECISION, INVESTORS AND STOCKHOLDERS ARE URGED TO READ THESE MATERIALS CAREFULLY AND IN THEIR ENTIRETY WHEN THEY BECOME AVAILABLE AND ANY OTHER DOCUMENTS FILED WITH THE SEC IN CONNECTION WITH THE PROPOSED TRANSACTION OR INCORPORATED BY REFERENCE THEREIN BECAUSE THEY WILL CONTAIN IMPORTANT INFORMATION ABOUT THE PROPOSED TRANSACTION. Stockholders may obtain, free of charge, copies of the definitive proxy statement and any other documents filed by Aduro with the SEC in connection with the proposed transaction at the SEC's website (http://www.sec.gov) and at Aduro's website (www.aduro.com).

Certain of the statements made in this press release are forward looking for purposes of the safe harbor provisions of the Private Securities Litigation Reform Act of 1995, including those relating to the benefits of the merger, future management and the board of directors of the combined company, statements regarding the expected ownership in the combined company of the former Chinook securityholders and securityholders of Aduro as of immediately prior to the Merger, Aduro's and Chinook's respective businesses, the strategy of the combined company, future operations, advancement of its product candidates and product pipeline, clinical development of the combined company's product candidates, including expectations regarding timing of initiation and results of clinical trials of the combined company, cash resources of the combined company following closing of the proposed transaction, the ability of Aduro to remain listed on the Nasdaq Stock Market, strategic options for Aduro's legacy programs outside of kidney disease, the completion of any financing and the receipt of any payments under the CVRs. In some cases, you can identify these statements by forward-looking words such as "may," "will," "continue," "anticipate," "intend," "could," "project," "expect" or the negative or plural of these words or similar expressions.

Aduro discusses many of these risks in greater detail under the heading "Risk Factors" contained in its quarterly report on Form 10-Q for the quarter ended March 31, 2020, filed with the SEC on May 4, 2020, and its other filings with the SEC. Any forward-looking statements in this press release speak only as of the date of this press release. Neither Aduro nor Chinook assumes any obligation to update forward-looking statements whether as a result of new information, future events or otherwise, after the date of this press release.