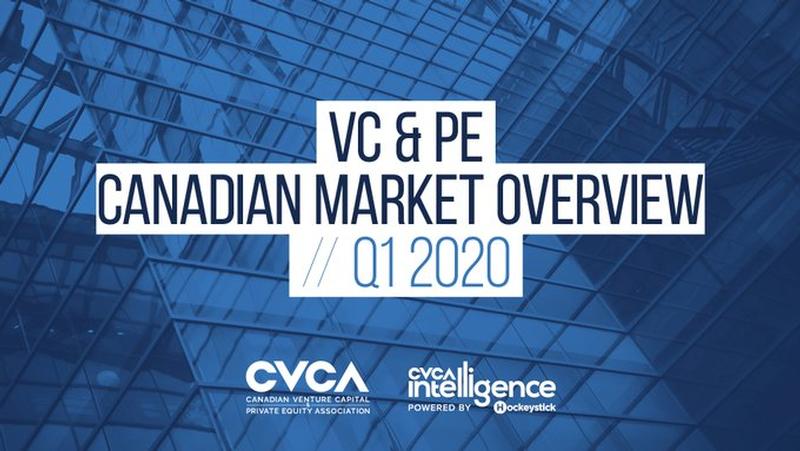 More than three-quarters of a billion dollars (CAD $831M over 117 deals) was invested in the first quarter of 2020, 7% lower than the same period in 2019 (CAD $897M). There was also a notable 45% quarter-over-quarter decline in activity which is the most pronounced drop in VC investment activity between the fourth and first quarters over the last five years.

"The venture capital investment performance in the first quarter demonstrates the health of the ecosystem in a pre-COVID-19 environment." said Kim Furlong, Chief Executive Officer, CVCA. "We expect to continue to see a drop in the second quarter and potentially the third as investors have increased their reserve funding for existing portfolio companies. Also, the challenges in conducting due diligence given social distancing may impact the number of deals that get done in the next few months."

There were three $50M+ mega-deals in the first quarter which accounted for a 30% share of total dollars invested. The largest of these was:

The pace of VC-backed exits in the 5-year between 2015-2019 (averaging 10 per quarter) slowed with only 3 undisclosed M&A exits in the first quarter.

Our vision: A thriving Canadian economy driven by private capital.

CVCA's mission is to help our members fuel the economy of the future by growing the businesses of today. We do this by supporting and connecting a vibrant private capital industry with advocacy, research, and education.