Production Underway on Thunderbird's Mud Mountain, a Second Spin-off from the hit 'Highway Thru Hell' Franchise More Wrecks, More Trouble, on the Toughest Roads in the World

Mud Mountain (wt) is set in the high mountains of British Columbia, just down the road from the Highway Thru Hell, where giant logs and bigger pay days beckon men to take huge risks. And no one is willing to go deeper in the mud than the Lebeau brothers, Craig and Brent, who are third generation family loggers, with very different styles, and separate operations. Now, wicked weather, and an even more frigid economy, has forced the brothers to bury the hatchet, and work together to survive road building, logging and brotherhood on the steepest, muddiest mountains anywhere. 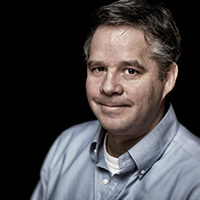 "This is an incredibly authentic series about two brothers mired in a mountain of mud and family history," says Mark Miller, President of Thunderbird Entertainment. "Craig and Brent are incredibly inspiring men who refuse to give up on the mountain and on each other."

Mud Mountain will create 300 jobs, many in rural British Columbia. Miller adds, "It is an important commission. In the middle of the COVID-19 pandemic, our partners have showed incredible courage to support the industry in this way."

Thunderbird has implemented strict health and safety cultures on all of its shows, which has enabled the Company to remain fully operational throughout COVID-19. These protocols and measures were key to the safe development and production of the new Mud Mountain series.

"We are excited to be working again with Great Pacific on this latest addition to the Highway Thru Hell franchise. Great Pacific are blue chip producers, and Mud Mountain is an exciting, character-driven series set in the heart of British Columbia that we think fans will love," says Corrie Coe, Senior Vice-President, Original Programming, Bell Media.

"We couldn't be more excited to launch a brand-new project from the producers of a fan-favourite Highway Thru Hell," says Edwina Follows, General Manager, Discovery. "Congratulations to the entire team at Great Pacific on what's sure to be another thrilling original series."

Mud Mountain will be distributed around the world by Bell Media.

Discovery is home to Bell Media's hit factual series and franchises HIGHWAY THRU HELL, HEAVY RESCUE: 401, and DISASTERS AT SEA, in addition to upcoming docu-series MUD MOUNTAIN (working title) and THE LAST OF THE GIANTS, and others. Bell Media is part of BCE Inc. (TSX, NYSE: BCE), Canada's largest communications company. Learn more at www.BellMedia.ca.

With compelling real-life programming that inspires and entertains, Discovery reveals the world in all its wonder, diversity and amazement. Discovery offers a signature mix of adrenaline-charged stories, larger-than-life personalities and vivid imagery for viewers with curious minds. With the best factual programming from Canada and around the world, Discovery captures the excitement of a passion for life - one lived fully and at its most extreme. With exceptional and immersive storytelling, the channel offers in-depth, behind-the-scenes glimpses at the extraordinary people and places that shape our world. Discovery Canada is a joint venture between Bell Media, which is part of BCE Inc. (TSX, NYSE: BCE), Canada's largest communications company, and Discovery Communications Inc. Find more information and interactive online features at Discovery.ca