Yourgene Health to Acquire Vancouver-based Coastal Genomics for up to US $13.5 Million 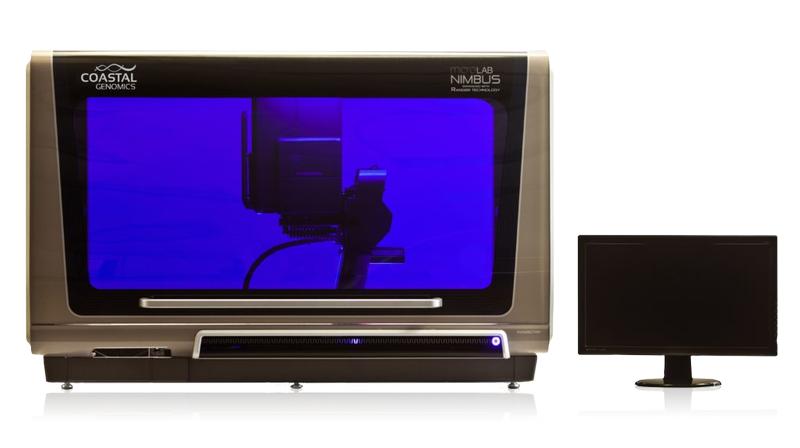 Vancouver, BC, August 13, 2020--(T-Net)--UK-based Yourgene Health plc (AIM: YGEN), an international molecular diagnostics group, announced that it has conditionally agreed to acquire the entire issued share capital of Coastal Genomics, Inc., a sample preparation technology company based in Vancouver, Canada, and is raising new capital to fund the acquisition.

Rationale for the Placing and the Acquisition

Growth Plans: Additional funds will enable the Company to progress organic and inorganic growth plans including:

Key investment highlights of the Acquisition include:

The Board said in a release that it believes that Coastal Genomics' business is at an inflexion point following technology validation phases with its strategic blue-chip commercial partners.

The Company was an early adopter of the technology used by Coastal Genomics, has spent over two years evaluating this technology (and has a non-exclusive supply agreement to provide Lightbench), has already embedded it into its own products, IONA® Nx NIPT Workflow and Sage™ 32plex, and has trained the Company's technology team on frontline Lightbench Platform support.

The net proceeds of the Placing will be used to fund the initial cash consideration for the Acquisition and provide additional general working capital to the acquired business and the enlarged group.

Background to Coastal Genomics and the Acquisition

For its financial year ended 31 December 2019, Coastal Genomics delivered unaudited revenues (under Canadian ASPE standards) of US$0.6m, an increase of 25% on the previous year. As an early stage company it generated an EBITDA loss of US$0.6m (reflecting early stage pre-inflexion). Coastal Genomics had net assets of US$0.8m as at 31 December 2019 before non-continuing loans. The acquisition is being undertaken on a zero net working capital basis and the consideration will be adjusted accordingly.

The Directors believe there are opportunities for commercial synergies, including:

Completion of the Acquisition is expected to occur on Admission.

The consideration will include both upfront and deferred payments to the shareholders of Coastal Genomics. Additional consideration will be payable in tranches of shares and cash based on the achievement of accelerated growth objectives. The contingent share consideration can be paid in cash at the Company's discretion in certain circumstances.

The total consideration payable by the Company will be up to US$13.5m and will comprise the following:

The cash earn-outs achievable in respect of FY22 and FY23 are expected to be funded by the enlarged group's future cash flows.

The Acquisition will involve the issuance on Completion of:

Key members of the Management team and staff of Coastal Genomics will be incentivised to remain with the business via the contingent consideration referred to above. All share based consideration will be subject to an initial lock-up period (in the case of the shares issued on Completion, for three years from Completion and, in the case of shares issues in respect of strategic customer wins, for 12 months after issuance) and subsequent orderly market arrangements.

Yourgene Health is an international molecular diagnostics group which develops and commercialises genetic products and services. The group works in partnership with global leaders in DNA technology to advance diagnostic science.

Our product development, research service and commercial capabilities extend across the lifecycle of genetic test development including regulatory submissions. Through our technical expertise and partnerships, Yourgene Health is also extending its genetic testing offering into oncology.

Yourgene Health is headquartered in Manchester, UK with offices in Taipei and Singapore, and is listed on the London Stock Exchange's AIM market under the ticker "YGEN". For more information, visit www.yourgene-health.com

Details of the Placing

N+1 Singer is acting as sole bookrunner in connection with the Placing. The book will open with immediate effect following the release of this Announcement. The timing of the closing of the book, pricing and allocations are at the absolute discretion of N+1 Singer and the Company. The results of the Placing will be announced as soon as practicable after the close of the Bookbuild.

Certain of the Directors of the Company have indicated their intention to subscribe for Ordinary Shares in the Placing or in the open market shortly after Completion. Further details of the Placing and any participation by the Directors will be set out in the announcement to be made on the closing of the Placing.

Pursuant to the placing agreement between the Company, N+1 Singer and Cairn Financial Advisers LLP (the "Placing Agreement"), N+1 Singer has agreed, subject to the terms and conditions set out therein, to use its reasonable endeavours to procure placees for the Placing Shares at the Placing Price. Pursuant to the Placing Agreement, N+1 Singer has agreed, subject to the parties entering into the term sheet and the Placing Agreement not having been terminated in accordance with its terms, to pay an amount equal to the Initial Cash Consideration to the Company on the date of Admission in order to enable the Company to satisfy the Initial Cash Consideration payable under the Acquisition Agreement upon completion of the Acquisition. Any further net proceeds of the Placing will, to the extent actually received by N+1 Singer from Placees, be paid to the Company as soon as reasonably practicable thereafter.

Pursuant to the Placing, the Company is seeking to raise a minimum of £13 million; the aggregate of the Placing Shares and the Company Consideration Shares, represent approximately 12.4 per cent. of the existing issued ordinary share capital of the Company. The Placing Shares and the Company Consideration Shares, when issued, will be fully paid and will rank pari passu in all respects with the existing Ordinary Shares, including the right to receive all dividends and other distributions declared, made or paid after the date of issue.

Any Ordinary Shares which may be issued following the subsequent exchange of the ExchangeCo Shares, in aggregate, represent approximately 1.7 per cent. of the existing issued ordinary share capital of the Company and, when issued, will be fully paid and will rank pari passu in all respects with the existing Ordinary Shares, including the right to receive all dividends and other distributions declared, made or paid after the date of issue. Should all future potential earn-out be achieved, it is expected that a further 8,342,719 shares (assuming an exchange rate of US$1.31) will be issued.

Application will be made to London Stock Exchange plc (the "LSE") for the Placing Shares to be admitted to trading on AIM. It is expected that settlement of the Placing Shares and Admission will take place at 8.00 a.m. on 7 August 2020. The Placing is conditional upon, among other things, Admission becoming effective on or before 8.00 a.m. on 7 August 2020 or such later date (being no later than 10 August 2020 as N+1 Singer and the Company may agree. The Placing is also conditional upon the Placing Agreement not being terminated in accordance with its terms.

Application will also be made to the LSE for the admission to AIM of the Company Consideration Shares. Admission of such shares is expected to become effective on or around 7 August 2020.

By choosing to participate in the Placing and by making an oral and legally binding offer to acquire Placing Shares, investors will be deemed to have read and understood this Announcement in its entirety (including the Appendix), and to be making such offer on the terms and subject to the conditions of the Placing contained herein, and to be providing the representations, warranties and acknowledgements contained in the Appendix.

For the purposes of MAR and Article 2 of Commission Implementing Regulation (EU) 2016/1055, this Announcement is being made on behalf of the Company by Lyn Rees, CEO.