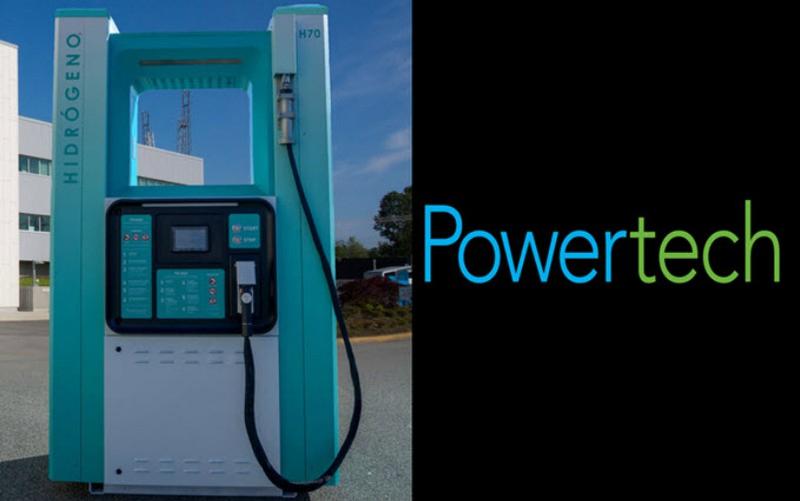 Surrey, BC, August 17, 2020--(T-Net)--Powertech Labs has launched its newest hydrogen dispenser model, a commercial dispenser with an integrated point-of-sale system, designed for both light-duty and heavy-duty fueling.

This new-look dispenser features a simple, easy-to-use interface, and is designed to provide T40 700 bar and 350 bar fueling, using the SAE J2601 standard. The dispenser can also be programmed to use the MC Method fueling protocol.

Hydrogen fuel cell vehicles are becoming increasingly popular as an alternative to gasoline and diesel vehicles. Vehicle owners expect hydrogen dispensers to be user-friendly, with simple interfaces and convenient payment options, just like the conventional fuel dispensers they are accustomed to using.

Powertech's new dispenser offers all the features that drivers are demanding, including an easy-to-use interface and a built-in point-of-sale system for credit and debit cards (with optional fleet card functionality). The point-of-sale system can be configured for use in the US and Canada. 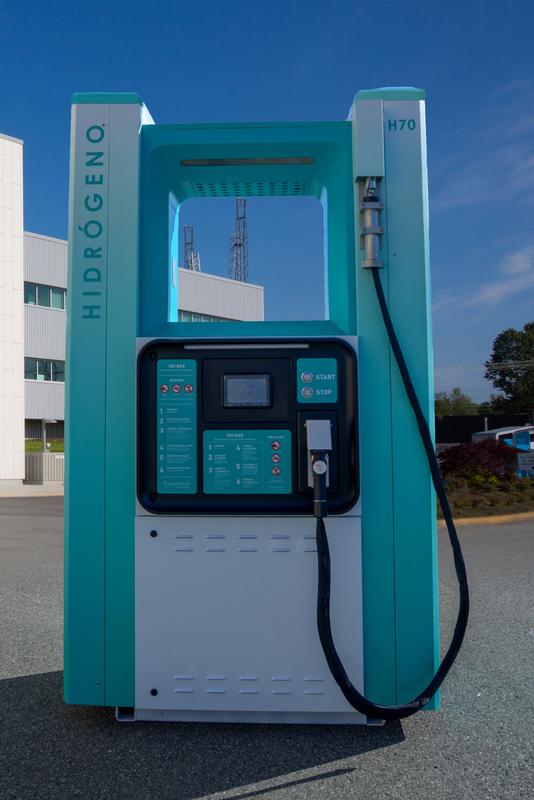 This dispenser is a high-performance fast-fill design that can support both light-duty and heavy-duty vehicles from a single dispenser. Customers particularly value the convenience of a fast fill - a typical passenger vehicle can get a full hydrogen fill in 3 to 5 minutes. The dispenser can also be configured for compliance with ADA requirements.

This new design simplifies installation and reduces installation costs, with features like integrated precoolers, and options for single-sided or double-sided use and single-nozzle or dual-nozzle use. The dispenser can be easily sited at an existing gas station, next to gasoline/diesel pumps (approximate dimensions: 5' wide x 2'6" deep x 8' high, or 1.52 m x 0.76 m x 2.44 m).

Their dispensers and hydrogen stations are designed, fabricated and fully tested with hydrogen at Powertech's facility. 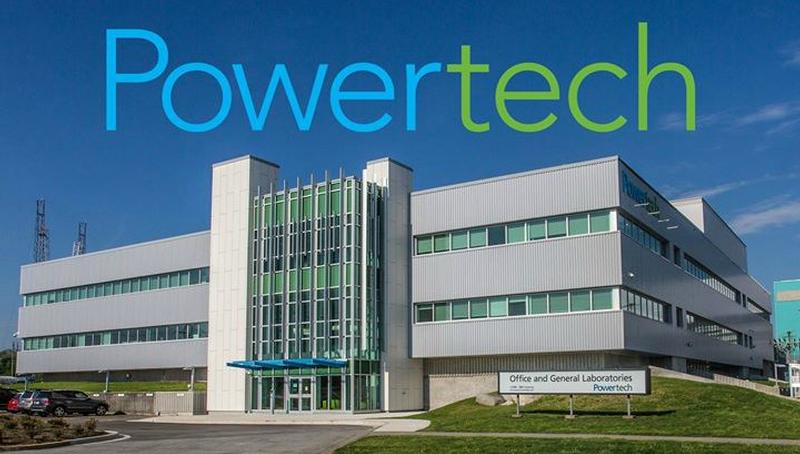 Powertech Labs Inc. is one of the largest testing and research laboratories in North America, situated in beautiful British Columbia, Canada. Our 11-acre facility offers 15 different testing labs for a one-stop-shop approach to managing electrical utilities, and testing gas components, pressure vessels and systems. We are a global leader in design verification, performance, and certification testing of high-pressure gas components and systems, primarily for the hydrogen and compressed natural gas industries, and we offer standardized, customized, and destructive testing services to component manufacturers, Tier 1 and 2 integrators and suppliers, automotive OEMs, regulatory authorities, and aerospace companies around the world.

Powertech is also a technical leader in the design, construction, and operation of compressed hydrogen fueling infrastructure solutions - these include stationary, semi-permanent, and mobile refueling stations, light-weight tube trailers, and station testing and certification equipment. With over 15 years of experience in this space, Powertech is credited with the world's first 700 bar hydrogen fast fill fueling station in 2002. Other Powertech firsts include the world's first hydrogen station capable of fueling four fuel cell vehicles simultaneously, and first retail-style dispenser.

Since 2001, Powertech has designed and constructed over 15 turnkey, compressed hydrogen fueling stations across North America, including four public stations in British Columbia, one station in Quebec, and a number of stations in California.

Powertech is a wholly owned subsidiary of BC Hydro, a crown corporation of the Government of British Columbia. Powertech's quality management and environmental management systems comply with ISO 9001 and ISO 14001 respectively.