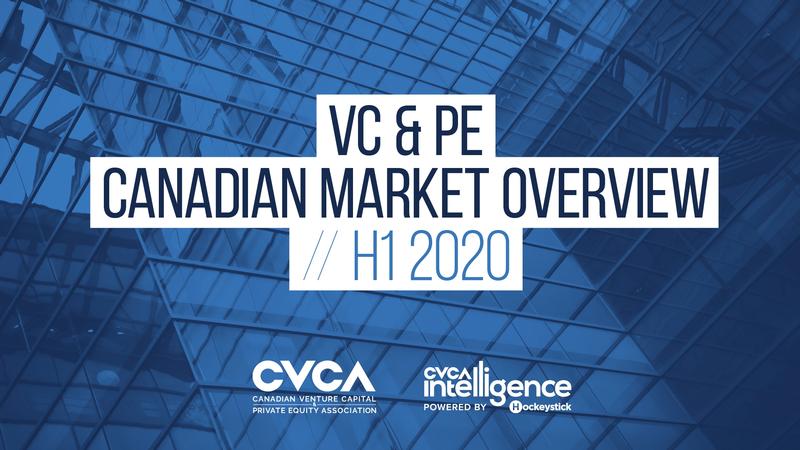 Later stage Canadian companies received 50% of all funding (CAD $1.2B) in the first half of 2020, a sharp increase compared to the share of funding later stage companies collected last year with only 22%.

"VC investment activity in Q2 was driven by government stimulus coupled with a slight adjustment in valuation," said Kim Furlong, CEO, Canadian Venture Capital and Private Equity Association."We saw fewer deals, larger injections in portfolio holdings and VCs reviewing and re-evaluating deal flow that they may had passed on last year. The key is that VCs are continuing to invest."

There were 13 mega-deals (CAD $50M+) in the first half of 2020, which accounted for a 43% share of total dollars invested. Included in the mega-deals was Kitchener-based Miovision's CAD $120M founding round led by TELUS-ventures with participation from previous investor, McRock Capital.

The pace of VC-backed exits picked up in Q2, with an additional 9 exits closed. VC exits remain slow in comparison to previous years, with only 10 M&A exits in the first half.

Two important VC-Backed IPOs were completed in Q2, both in the life sciences sector:

An additional notable exit was inovia Capital-backed North, Inc., which was acquired by Google for a reported $180M.

"Canadian PE investors continue to pursue transactions despite COVID-19," said Kim Furlong, CEO, Canadian Venture Capital and Private Equity Association. "As Canada and international business cautiously open back up, I am encouraged to see resilience and confidence from Canadian Private Equity investors. There may still be some uncertainty ahead, but there is also opportunity."