Burnaby, BC, September 3, 2020--(T-Net)--General Fusion has announced the appointment of Klaas de Boer as Chairman of its Board of Directors.

A member of the General Fusion Board for the past 11 years, Mr. de Boer was the clear choice to become the Company's new Chairman. He has more than 20 years of venture capital experience spanning Europe, North America and the Middle East. He is currently Managing Partner of Entrepreneurs Fund, where he has fostered the growth of a wide array of investments, including participating in the first venture capital financing of General Fusion in 2009. 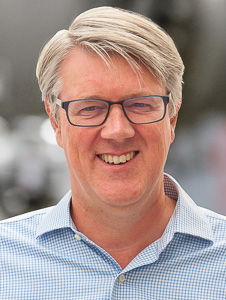 "General Fusion is committed to transforming the world's energy supply to limitless, clean and safe energy. The Fusion Demonstration Plant is the key milestone on this journey," said Mr. de Boer. "I am excited to take on this new role and step-up my support for the Company as it brings fusion energy to the world."

Mr. de Boer replaces outgoing Chairman Fred Buckman, who helped General Fusion scale up its commercialization program and enhance its talented management team. Mr. Buckman has served on the Board since 2013 and was Chairman of the Board for the past three years. He will continue to serve as a Director.

"Mr. de Boer's extensive experience with General Fusion, together with his global perspective on climate change policy and ESG finance, is a real asset for the Company as our fusion commercialization program gains momentum," said CEO Christofer Mowry. "I would also like to express my deep and personal gratitude to our outgoing Chairman, Fred Buckman. His sage guidance and leadership were instrumental in positioning us for continued success."